CANCELLED: Miqueias Mugge - Militias and the Politics of War in 19th Century Brazil 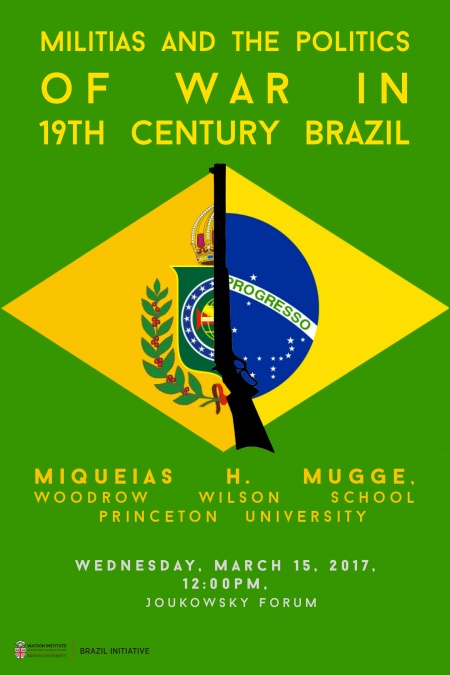 CANCELLED. In this talk, Professor Mugge scrutinizes the social origins and political articulations of Brazil’s 19th century war elite, and focuses on the practices and alliances of forty National Guard officers who commanded 30,000 militiamen in the meridional province of Rio Grande do Sul from 1845 to 1873. These militias were pivotal to the Brazilian war machine and provided the majority of troops for the war against Paraguay, which represented a milestone in the country’s military and infrastructural development and also the beginning of the decline of the Monarchy. Close attention to workings of these peripheral Senhores da Guerra (War Lords) helps us to understand how the modern Brazilian State was formed in and through contexts of emergency and war, and to illuminate the ways in which local worlds have been militarized.