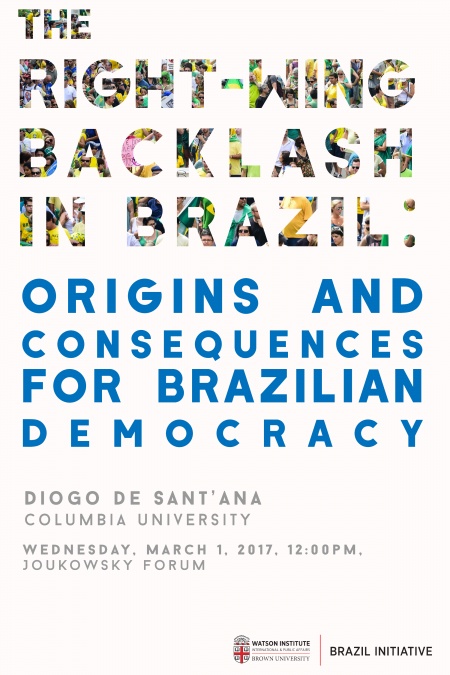 In the current conjuncture, Brazil is going through a radical change in its policy framework. In less than 6 years, the political scenario of the country changed from a left coalition with unprecedented high popularity rates to an unelected conservative government, which has been promoting a number of reforms in the opposite direction to the expansion of rights and citizenship defined by the 1988 Constitution and implemented in a more emphatic way from the Workers Party (PT) victory in the 2002 election.

The basis of this radical change goes far beyond the conflicts of the political arena. It is related to a strong reaction to the changes that occurred in the country in recent years. This reaction involves a conservative offensive in the fields of economics, social policy, institutional guarantees and moral values. In fact, a movement that, in conceptual terms, can be understood as a “Right-Wing Backlash” in Brazil.

Diogo de Sant’ Ana is an attorney and career employee of the federal government of Brazil as an Analyst of Social Policy (ATPS). He has a PhD in Economic Law from São Paulo University (USP). Between 2008 and 2015, he worked at several positions for the Presidency of the Brazilian Republic. He is now doing his post-doctoral research as a visiting scholar at Columbia Law School.