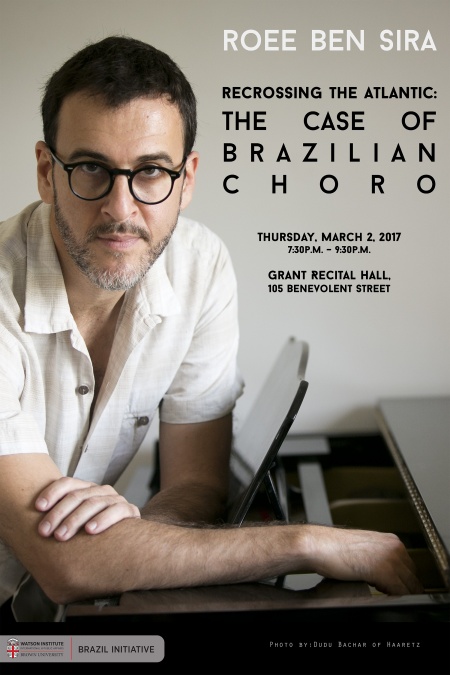 In the last ten years choro–an old Brazilian musical genre–is being discovered by growing audiences in Europe and throughout the world. What is suddenly drawing the Europeans' attention to this delicate, rich and demanding music? Is it the music itself with its European roots and tropical magic? or is it the Brazilian “way” and conditions in which it is being practiced? In a lecture-concert Roee Ben Sira, an Israeli composer, pianist and a scholar, will share aspects of his research on the internationalization of choro and play some of the music’s classics together with his own compositions. After a year in Brazil and in Europe he is now an artist in residence at Florida State University as part of The Schusterman Visiting Israeli Artist Program. His 2015 album–recorded in Rio de Janeiro–was hailed as one of the 10 best albums of the year in Israel’s leading newspaper.