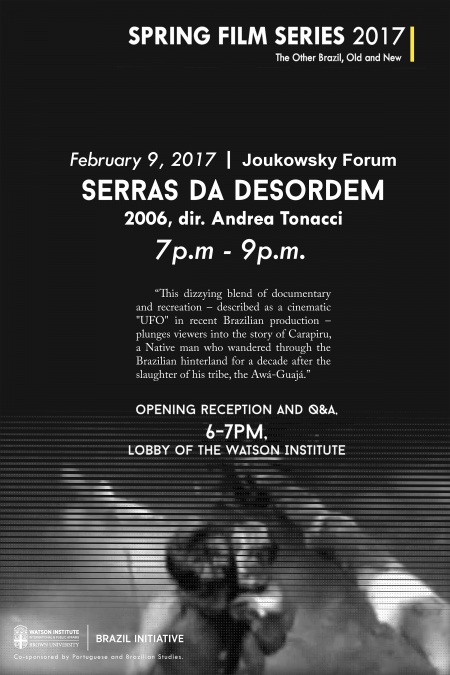 Reception and Q&A about the film series before the screening.

THIS FILM HAS BEEN RESCHEDULED FOR TUESDAY, FEBRUARY 14 AT 7PM

This dizzying blend of documentary and recreation – described as a cinematic "UFO" in recent Brazilian production – plunges viewers into the story of Carapiru, a Native man who wandered through the Brazilian hinterland for a decade after the slaughter of his tribe, the Awá-Guajá.