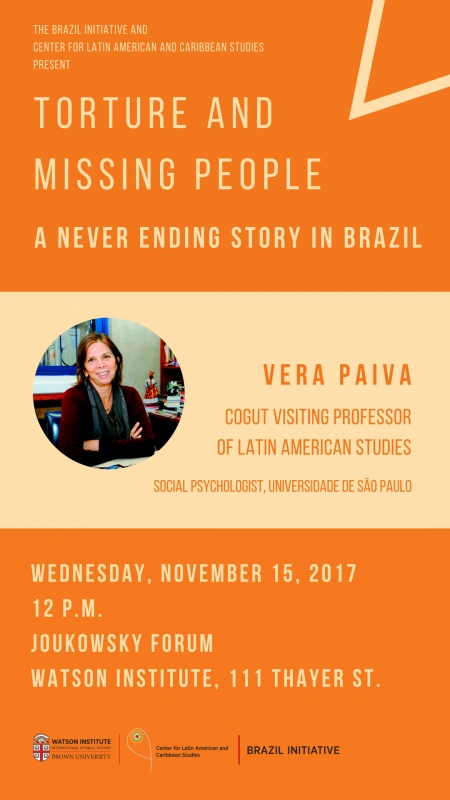 Turning points in history depend on symbolic challenges that offer new interpretations, provide a further understanding of everyday life, retell stories about the past, changing peoples and the cultural scene.

The Memory and Truth Commission, installed by President Dilma Roussef with the support of elected presidents after the end of military government, was one turning point that impacted the political process we are living in Brazil since 2013. Its main symbolic challenge has been the link stablished between the yesterday terror and the today state violence: the never ending support for a mental health policy to incarcerate people, even after a quite progressive Health Reform; the never ending military police violence and torture in police precincts; the never ending illegal arrests, among other examples. This never-ending state violence disproportionally affects and kills the black youth, LGBT people, indigenous and traditional communities almost three decades after the inauguration of the new “institutional democracy” that resulted from the inauguration of the new 1988 Constitution.

Is the military dictatorship legacy becoming a never-ending story?