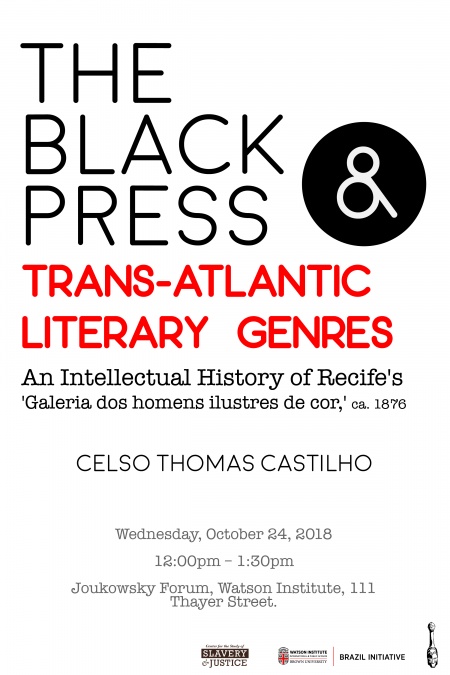 This paper analyzes a rather rare type of newspaper in imperial Brazil—a self-described “Black” periodical—through the lens of intellectual history.  I focus on the "Gallery" that appeared in O Homem, a newspaper in Recife, as a way to think about how such interventions that were about the politics of race and abolition also need to be considered as constitutive of a broader field of trans-Atlantic literary exchange; that the histories of Brazilian slavery and blackness indeed compel us to rethink the terms and forms through which the "illustrious men" genre evolved in the Atlantic world.