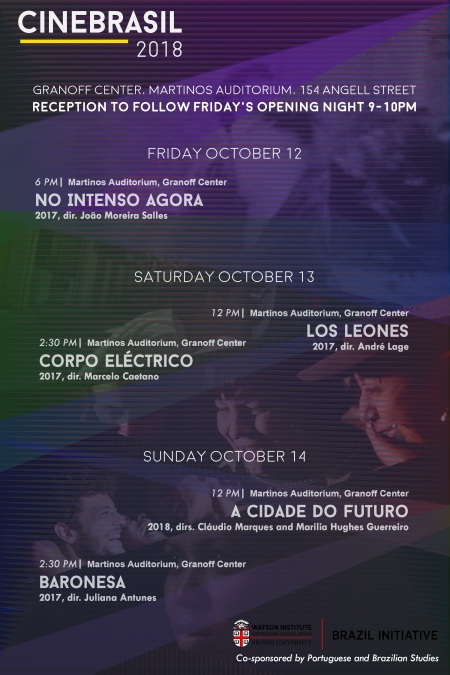 CineBrasil is an annual film festival that highlights some of the best works in recent Brazilian cinema. CineBrasil this year will include documentaries and feature length films of great artistic quality, some of which are virtually unknown outside of Brazil and touch on subjects such as political protest, queerness and family, labor relations and life in favelas. Tickets for each individual film are available on Eventbrite and the links are listed below as part of the schedule. If the films are sold out, there will still be some seats available in addition to seats freed up before the screenings. Eventbrite ticket holders and others: Please arrive at least ten minutes early to secure seating. Note that though many trailers do not have English subtitles, all of the films will be subtitled.

A personal essay which analyses and compares images of the political upheavals of the 1960s. From the military coup in Brazil to China's Cultural Revolution, from the student uprisings in Paris to the end of the Prague Spring.

Los Leones traces, in a realistic and poetic way, the intimate portrait of a marginal Argentinean couple, following, for an entire year, Mariana and Raúl's daily life, revealing the symptoms of Mariana's disease and this loving relationship's singularity.

The summer is coming and Elias has been dreaming of the sea a lot. In the factory where he works, his responsibilities increase as the holiday season approaches. After one more night working overtime, Elias and the workers decide to go out and have some beer. That is when new encounters and desires open up to his horizons.

Milla, Gilmar and Igor will form an unconventional family at Serra do Ramalho, in the drylands of Bahia.

Two Brazilian women try to survive in the favelas.