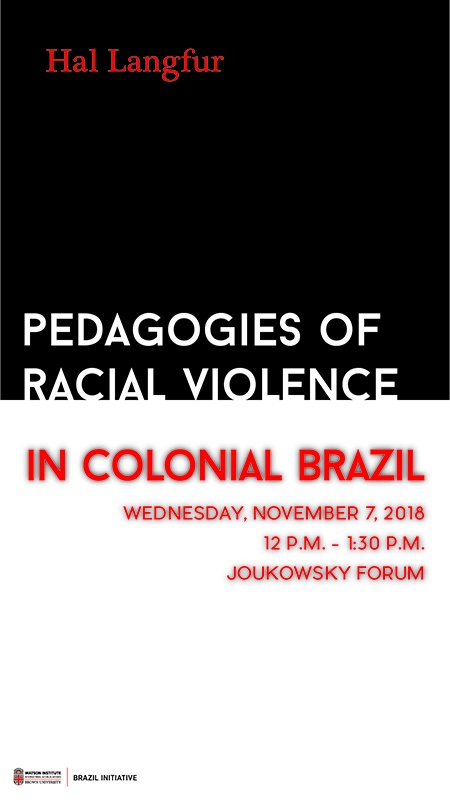 How did race emerge as a fundamental category delineating human difference and justifying oppression in early Brazil, given that it was not a key concept employed during the first three centuries of Portuguese colonization? In this talk, Hal Langfur argues that the history of racial violence in colonial Brazil can be understood as a transatlantic “coercive pedagogy.” Concentrating on the sixteenth and seventeenth centuries, he will identify practices refined by colonial authorities to teach Portuguese settlers, as well as peoples of indigenous and African descent, the parameters governing the permissible use of force. His aim is to clarify how colonizers came to accept violence organized along racial lines. Far from inevitable, this learned consent required the relentless forging of a system of reeducation whose origins and intricacies remain poorly understood.

Hal Langfur is an Associate Professor of History at the State University of New York at Buffalo.