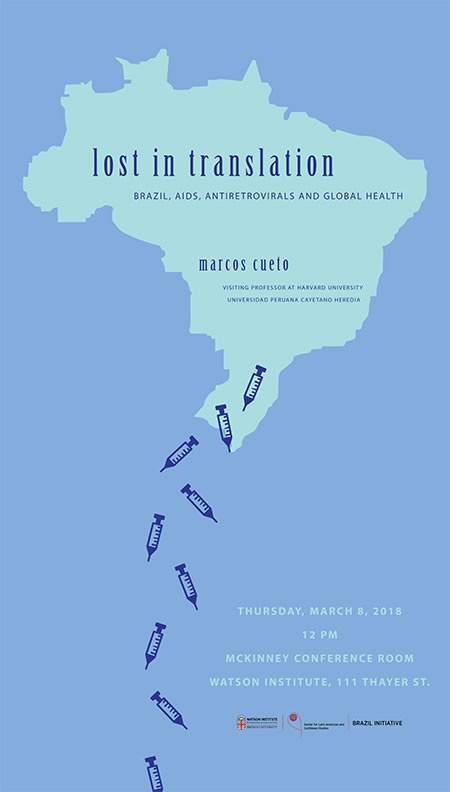 In 1996, Brazil was the first country in the world to provide full and free access to antiretrovirals as part of a broad prevention and treatment health program. This decision was challenged by powerful pharmaceutical companies and even by the US government. The government of Brazil launched an international campaign to promote access to these medicines as a global public goods and basic human rights. In 2001, international health agencies, like the World Health Organization, adopted the Brazilian model but were unable to implement it in other developing countries. This presentation will discuss the meanings and vicissitudes of universal access to antiretrovirals in global health during the turn of the 20th century.

Co-sponsored by Brazil Initiative and the Center for Latin American and Caribbean Studies.