Screening of "Grazing the Amazon" (Sob a pata do bói, 2018) with Paulo Barreto of IMAZON 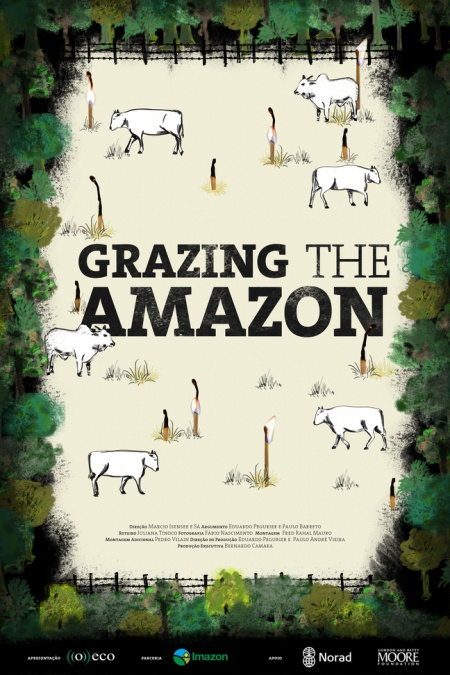 The film displays the history of cattle ranching, the main driver of deforestation in the Brazilian Amazon, from the late 1960's when the military government stimulated occupation of the region to the present when public and private initiatives have tried to curb deforestation. There are 85 million cows in the region, which means three cows for each human. Less than fifty years ago, in the 1970s, the rainforest was mostly intact or used lightly. Since then, a portion the size of France has disappeared, 66% of which transformed into pastures. Much of this change is a consequence of government incentives that attracted thousands of farmers from southern lands. Cattle ranching became an economic and cultural banner of the Amazon, forging powerful politicians to defend it. In 2009, there was a game changer: the Public Prosecutor's Office sued large slaughterhouses, forcing them to supervise cattle supplying farms. The documentary shows the main stakeholders points of views, including prosecutors, environmental police, cattle ranchers, politicians, meatpackers owners and environmentalists.

When Paulo Barreto was an infant, his family moved from the poverty-stricken northeast Brazil to the Amazon. He grew up seeing the transformation of the landscape by cattle ranching and logging and became interested in sustainable development. Now he is associate researcher at the Amazon Institute of People and the Environment (IMAZON) where he started his career. His research has informed the creation of millions of hectares of protected areas in the Amazon and improvements of policies that have helped the reduction of Amazon deforestation. He has published 117 articles, book, book chapters and reports and disseminated the results to a wide range of stakeholders, from ranchers to high-level policy makers. His research has appeared more than 200 times in news media such as The Economist, Reuters, BBC and Globo News TV channel. He holds a MSc in Forest Sciences from Yale University and a BSc in Forest Sciences from The Amazon Rural University in Belém, Brazil.