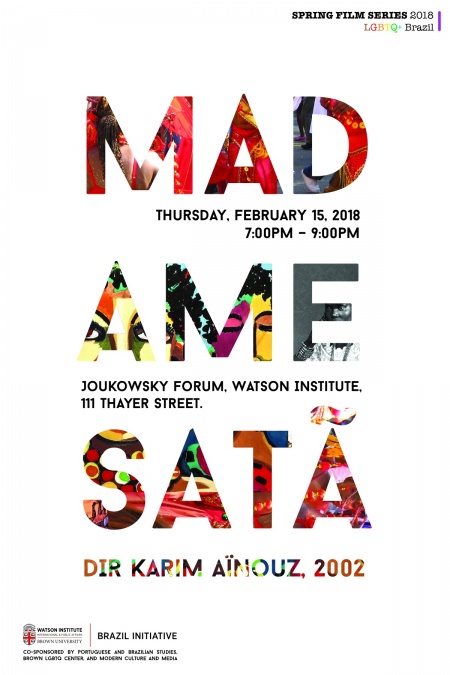 "Madame Sata" is a portrait of Joao Francisco dos Santos, a flamboyant, fiercely proud drag queen with a hair-trigger temper, who became a legend in the clubs and slums and prisons of Brazil. Born about 1900, dead in 1976, he spent nearly 30 of those years in prison, 10 of them for murder. "There's something eating me up inside," he tells a friend. Performing his drag act provides a release, but requires a lifestyle that attracts trouble.” (Roger Ebert)