Yuko Miki - Where are the "Three Races"? Rethinking the Racial Narratives of Brazilian History 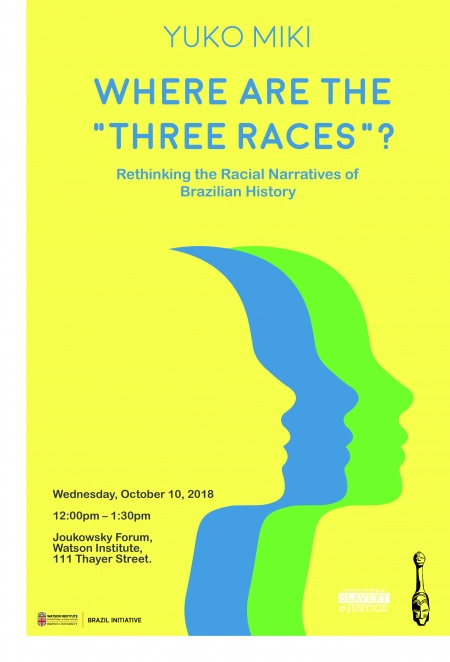 Brazil's national identity is imagined as a mixture of the "three races" of Indian, Black, and White. Indians, however, are relegated to a colonial past. In this talk, Yuko Miki questions the widespread idea, perpetuated by many scholars, of indigenous "disappearance" that paved the way for the birth of Latin America's largest black nation. By exploring the interconnected histories of black and indigenous Brazilians after independence, Miki argues that the exclusion and inequality of indigenous and African-descended people became embedded in the very construction of Brazil's remarkably "inclusive" nationhood. To understand the full scope of central themes in Latin American history - race and national identity, unequal citizenship, popular politics, and slavery and abolition - one must engage the histories of both the African diaspora and the indigenous Americas.

Co-sponsored by Africana Studies, the Center for the Study of Slavery and Justice, and Native American and Indigenous Studies at Brown.