Viviane A. Pistache ─ Blackness on Screen: Between Archetypes, Stereotypes and New Imaginaries of Race and Gender 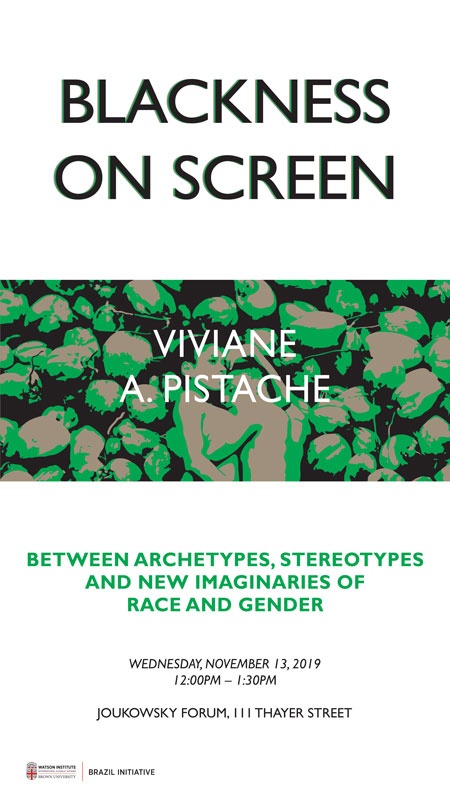 Pisatache looks at how the categories of race and gender are useful to understand the way that Blackness has been portrayed in audio-visual productions in Brazil in order to understand the concepts of the archetype and the stereotype. At the crossroads between cinema and psychology, she attempts to reveal what stereotypes prevail and what new narratives emerge to deconstruct and overcome them.

Viviane A. Pistache is a Black Woman from Minas Gerais. She has a BA in psychology from the Federal University of Minas Gerais. She has studied screenwriting and directing from the International Academy of Cinema (AIC) in São Paulo. She is a screenwriter in the area of development of screenplays of O2 Films, working as an assistant on projects such as the feature on Marighella, the series Pico da Neblina on HBO and Irmandade on Netflix. She was an assistant in the area of development of the production company, Casa da Criação Cinema (2009-2018) in a number of projects directed by Joel Zito.