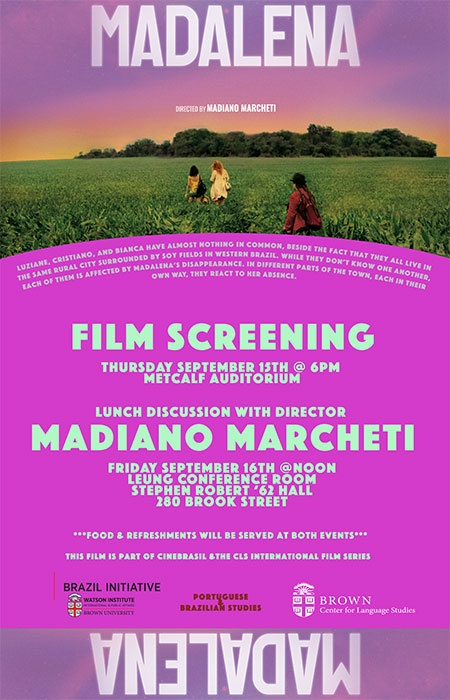 From director Madiano Marcheti: The idea of the film came from the desire to speak about the literal place [Mato Grosso] I come from, I also wanted to address a “place” of another sort: namely, the experience of being a LGBTQIA+ person in that part of Brazil. About the experience of not fitting in to the dominant mores. As a gay man, I felt that keenly throughout my childhood and adolescence, and it was important for me to bring the issue to the screen. The idea was to reflect on the specific social dynamics of my region while focusing on the ways in which they affect people’s lives, especially those who are relegated to the margins, whose very existence is seen as an affront to dominant social norms.

That being said, as I developed the research and script, I ultimately gave up the initial idea of having a gay or lesbian lead and decided that the story should be guided by a trans protagonist, Madalena. Trans people are murdered in Brazil at shocking levels; and at every point on the spectrum of anti-LGBTQIA+ violence, they are also the likeliest to suffer and lose their lives. Given my goal of addressing the impact of oppressive social forces on the expression of gender and sexuality, it seemed both clear and urgent to focus on the trans experience.