In Rio elections, left candidate Marcelo Freixo has a chance of winning

Marcelo Freixo, a history teacher and political activist, may become Rio de Janeiro’s new mayor. Freixo, who is running with the Socialism and Freedom Party, may have a chance to win in a city in which conservative parties have held power for many years. The leftist mayoral candidate, Marcelo Freixo, is headed to the second round against evangelical senator Marcelo Crivella in Rio de Janeiro. 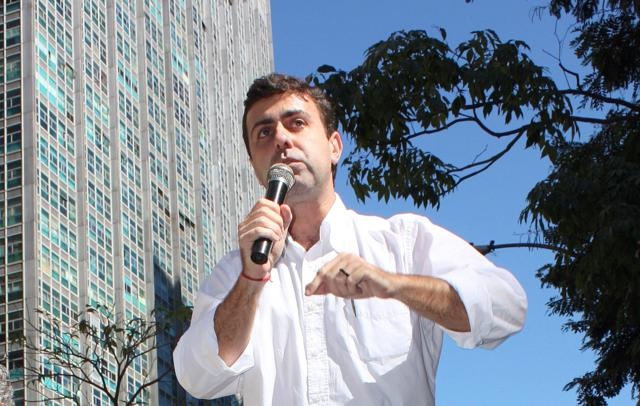