WHO lifts Zika Emergency, but virus remains a public threat

The Wolrld Health Organization announced last Friday that Zika no longer constitutes an emergency, nine months after declaring that the virus was an issue of international concern. The emergency was originally declared in February, in an effort to determine whether the virus outbreak was linked to reports in Brazil of the severe birth defect microcephaly. There have been some 2,300 confirmed cases worldwide of babies born with microcephaly, most in Brazil. 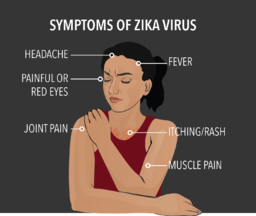