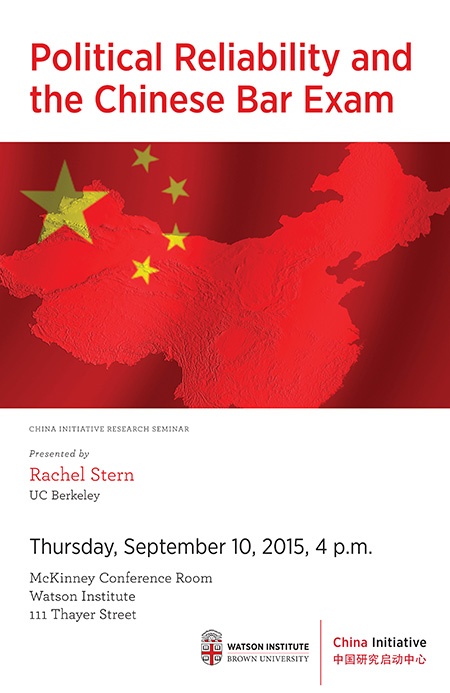 The paper to be discussed examines an understudied type of political socialization in contemporary China: the bar exam. Content analysis of 3,996 exam questions from 2002-2014 shows a turning point in the mid-2000s, when the test became explicitly political. The newly political exam is now a site of political learning where tomorrow’s lawyers, judges, and prosecutors perform loyalty by exchanging politically correct answers for points. Viewed from this perspective, the Chinese bar exam has much in common with demands for public displays of correct behavior in other authoritarian states. For those interested in comparative law, this also adds a fresh, political layer to our understanding of whose interests bar exams serve, and why they take the form they do.

Rachel Stern is an assistant professor of law and political science at University of Californina, Berkeley