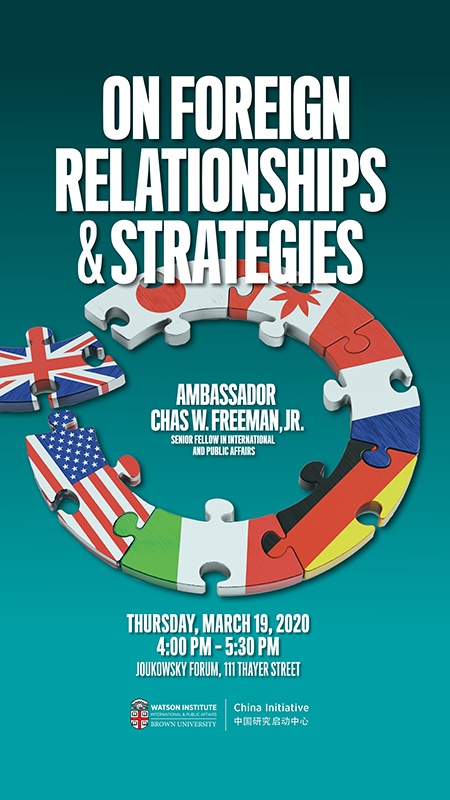 The usual American conception of strategic relationships is Manichean and militaristic.  But categories of relationship embody differing mutual expectations and propensities for coalition or antagonism.  These determine the ways in which states can build coalitions to aggregate the power of others to their own and guide their reactions to international challenges and opportunities. Nor are strategies necessarily military.  Strategy is the efficient linkage of resources and institutional capabilities to the objectives relationships make possible.  There are many kinds of strategy.  Nations switch and mix these to realize their objectives, rearrange their geopolitical environment, reweave their relationships with other nations, or reposition themselves for future gain.  An examination of contemporary international relationships and strategies, including China's strategy, serves to underscore these insights, which are key to diplomatic doctrine. The talk will examine the strategies followed by China in its "Belt and Road Initiative," NATO for the "Partnership for Peace," the United States for "containment," and Israel for the complete annexation of Palestine.