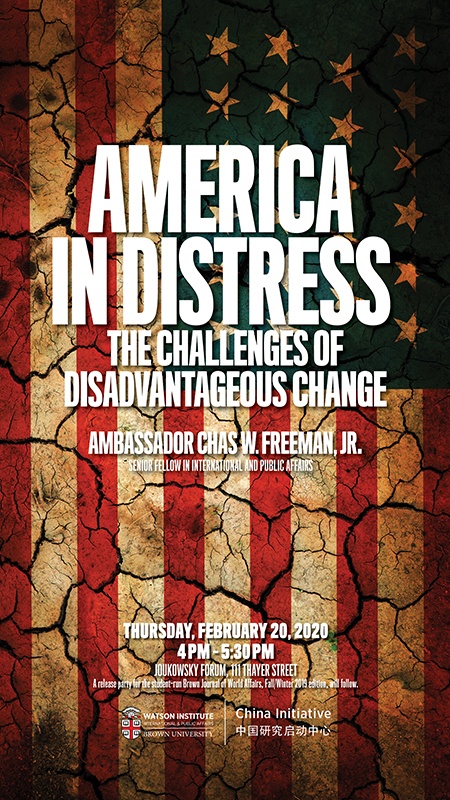 In the United States and other democracies, political and economic systems still work in theory, but not in practice.  Meanwhile, the American-led takedown of the post-World War II international system has shattered long-standing rules and norms of behavior.  The combination of disorder at home and abroad is spawning changes that are increasingly disadvantageous to the United States.  With Congress having essentially walked off the job, there is a need for America's universities to provide the information and analysis of international best practices that the political system does not.

A release party for the student-run Brown Journal of World Affairs, Fall/Winter 2019 edition, will follow.