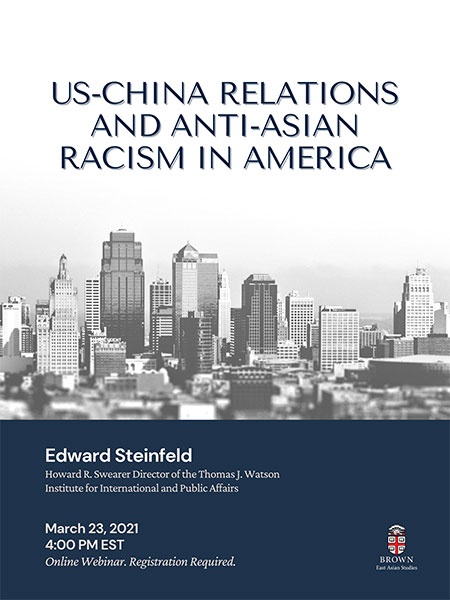 This talk will examine how longstanding historical patterns of anti-Asian racism in the United States are now intersecting with the growing economic and military might of the People’s Republic of China, the manner by which that power is now being asserted by China, and the way in which the U.S. government and broader political system are both characterizing that power and responding to it.

Edward Steinfeld is the Howard R. Swearer Director of the Thomas J. Watson Institute for International and Public Affairs, Dean’s Professor of China Studies, professor in the Department of Political Science, and director of the China Initiative. Steinfeld received his BA, MA, and PhD in political science from Harvard University.

Presented by the Department of East Asian Studies.