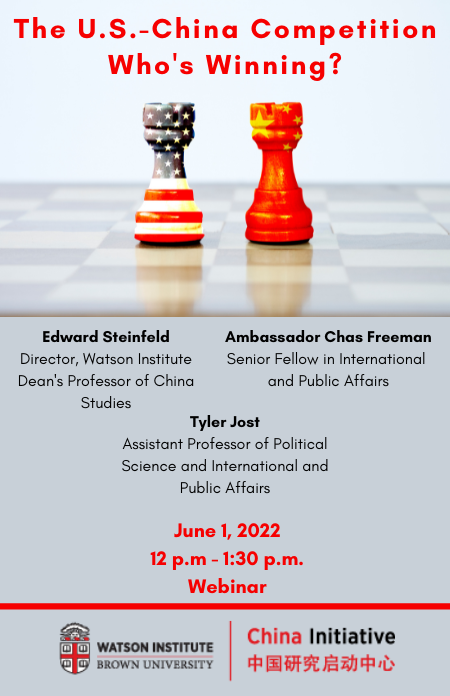 Join Watson Institute director and Dean's Professor of China Studies Edward Steinfeld for a conversation about China and the U.S. with Watson Senior Fellow Ambassador Chas Freeman and Tyler Jost, Assistant Professor of Political Science and International and Public Affairs.

Tyler Jost’s research focuses on national security decision-making, bureaucratic politics, and Chinese foreign policy. His current book project examines domestic institutions designed to decide and coordinate national security policy, such as the U.S. National Security Council. He completed his doctoral degree in the Department of Government at Harvard University and held postdoctoral fellowships in the International Security Program at the Kennedy School of Government, as well as in the China and the World Program at Columbia University. He completed his undergraduate studies at West Point and served as a military officer with assignments to Afghanistan, U.S. Cyber Command, and the Office of the Secretary of Defense.