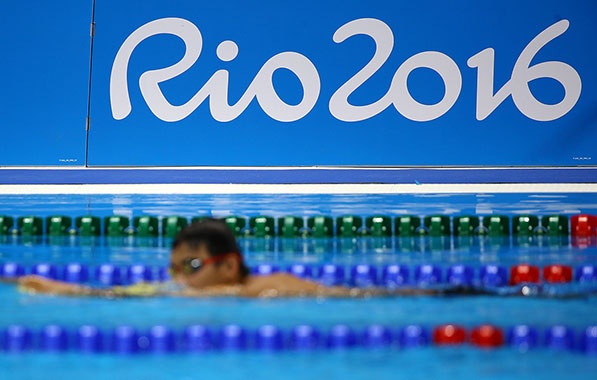 "Construction finished at the last minute. Contractors cut corners and committed building-code violations. Taxpayers will have to pick up the tab for major cost overruns."

Brazilian Magic, the Olympics and a Country in Crisis

Most people who have worked with Brazilian scholars on international academic conferences go through similar experiences. Timetables run late. Government financing for airfares doesn’t get approved until the vespers of the event. Logistics seem somewhat confused and disorganized. Then, suddenly, someone waves a magic wand and everything falls into place. The conference runs smoothly. Small snafus are forgotten. Scholars leave satisfied. As Shakespeare reminds us, “All’s well that ends well.”

That’s my prediction for the Rio Olympics. Construction finished at the last minute. Contractors cut corners and committed building-code violations. Taxpayers will have to pick up the tab for major cost overruns. Kickbacks will line the pockets of politicians. Visitors and team members will be robbed on Rio’s streets. But the opening ceremony will be impressive. An international audience will marvel at gold-medal victories. Most will leave Rio enchanted by the beauty of the city and the charms of its citizens.

Many tourists will likely take safely-conducted tours of one of Rio’s many favelas (hillside poor communities). They will marvel at capoeira, a graceful form of Afro-Brazilian martial arts, performed on white-sanded beaches. They will enjoy samba or chorinho, two Brazilian-born musical genres, played on the city’s streets.

"The Olympics might divert attention from the nation’s woes for a couple of weeks, but then Brazil will return to an ongoing political and economic crisis, which includes the impeachment trial of President Dilma Rousseff, and the likely two-year interim rule of Vice President Michel Temer, whom many see as a usurper."

Still, the stunning backdrop of verdant granite hills jutting up from azure waters hides a starker reality of a country in crisis. The Olympics might divert attention from the nation’s woes for a couple of weeks, but then Brazil will return to an ongoing political and economic crisis, which includes the impeachment trial of President Dilma Rousseff, and the likely two-year interim rule of Vice President Michel Temer, whom many see as a usurper.

Songster and composer Tom Jobim once commented, “Brazil is not for beginners.” Nor is it easily explained. But in short shrift, let me try. In 2002, Luiz Inácio Lula da Silva, a charismatic, former trade-union leader, was elected president. He ushered in eight years of social democratic reforms to address some of Brazil’s endemic social and economic inequalities while assuring entrepreneurs that he still favored capitalism. Not holding a majority in Congress, his lieutenants engaged in vote-buying schemes that led to convictions, without touching the president. Lula left office in 2010 with an 80 percent approval rate.

His handpicked successor, Dilma Rousseff, a revolutionary guerrilla fighter turned technocratic nationalist, continued his program with mixed results. The international economic crisis finally caught up with Brazil in 2012. Unemployment and inflation began to rise as exports dropped. Popular mobilizations against expenditures surrounding the 2014 World Cup and frustrations with uneven successes of social programs undermined her political support. In 2014, she squeezed out a second-term electoral victory against her center-right opponent (with a similar 3+ point margin as Obama’s 2012 win).

At the same time, a series of corruption investigations directed mostly against her coalition allies and involving the draining of millions from Petrobras, the state-owned oil company, weakened her legitimacy, although she has not been directly linked to the scandal. In an effort to divert attention away from corruption investigations against her Congressional allies, they turned coat and introduced impeachment charges against the president. In late August, the Senate will decide on whether or not she violated the constitution in managing state accounts and budgeting. It will be a close vote.

In the meantime, Interim President Michel Temer has implemented a political program that will overturn most of the moderate reforms of the last twelve years. Former President Lula faces an indictment for alleged obstruction of justice. Rousseff, if she survives the impeachment fight, will remain an unpopular president.  Although Lula and Rousseff labored hard to get the Olympics bid, they will not show up for the Opening Ceremony. Someone else will have to wave the magic wand.

James N. Green is the Carlos Manuel de Céspedes Professor of Latin American History at Brown University and the Director of the Brown-Brazil Initiative at the Watson Institute for International and Public Affairs.