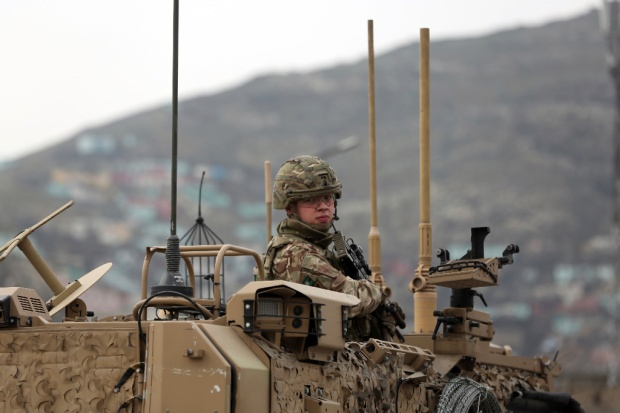 A British soldier with NATO-led Resolute Support Mission forces arrives at the site of an attack in Kabul, Afghanistan, March 25, 2020. (AP Photo/Rahmat Gul)

Western allies of the United States have borne significant costs in the post-9/11 wars, in terms of both dollars and lives. This report’s key findings indicate that, besides the United States, the top five countries to send troops to the war in Afghanistan were the United Kingdom, Germany, France, Italy, and Canada. The United Kingdom in particular supplied roughly two to three times the troops of the other top contributing allies when considered relative to its population. British and Canadian troops put their lives at risk at twice the rate of American troops, when seen as a percentage of each country’s peak deployment. The top contributing allies lost over a thousand lives in the U.S.-led conflicts in Afghanistan and Iraq.

When measured as a percentage of their annual baseline military expenditures, the United Kingdom and Canada spent roughly half as much on Afghanistan as the United States. And when measured in terms relative to their respective Gross Domestic Products (GDPs), the U.S. provided less foreign aid than did the U.K., and about the same amount as Germany and Canada.

Western allies' primary interest in making their significant contributions was not their own security, but cementing their relationships with the U.S.