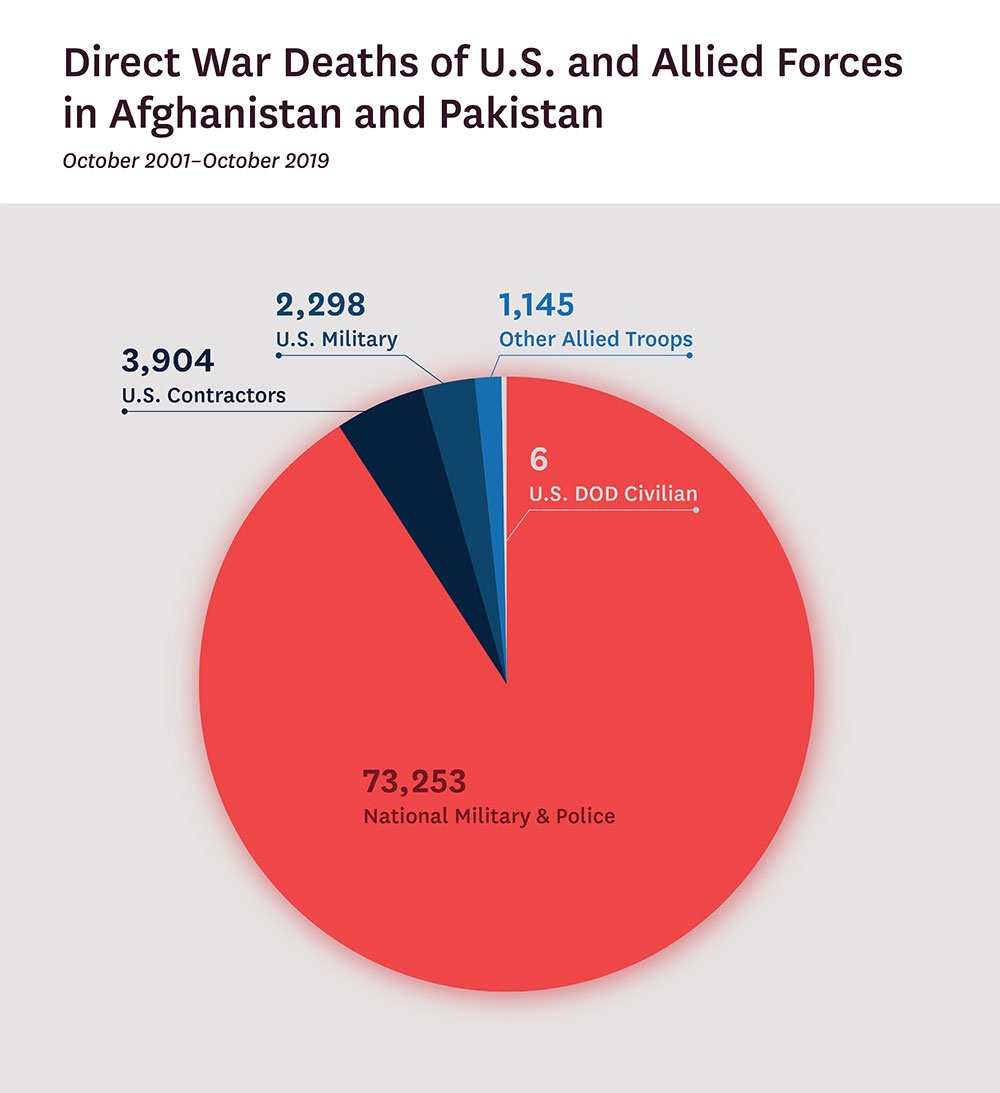 Over 7,000 U.S. service members have died in the post-9/11 warzones of Iraq, Afghanistan, Pakistan, and elsewhere. Their deaths have affected a large community of parents, spouses, children, siblings, and friends. Afghan, Iraqi, and other allied military and police deaths have been even more extensive. Western allies of the U.S. also have borne significant human costs in the post-9/11 wars.

Hundreds of thousands more United States and allied service members have been wounded in combat or have died indirectly as a result of injuries sustained in the war zones. The U.S. military suicide rate, historically low, has climbed significantly since 2004: four times as many service members have died by suicide than in combat in the post-9/11 wars, signaling a widespread mental health crisis.

Because the U.S. military recruits heavily from low income and minority communities, and the states that send the most troops to war are often the poorest states in the nation, certain U.S. states and towns have borne higher human costs than others.

Thousands of private contractors have also died in the wars while providing logistical and security support to U.S. troops. The U.S. government does not thoroughly report contractor deaths, their families are often not compensated for their deaths and injuries, and contractor health care is generally substandard. Foreign workers for U.S. contracting firms often do not have their deaths recorded or compensated.

Numbers and Per Capita Distribution of Troops Serving in the U.S. Post-9/11 Wars in 2019, By State