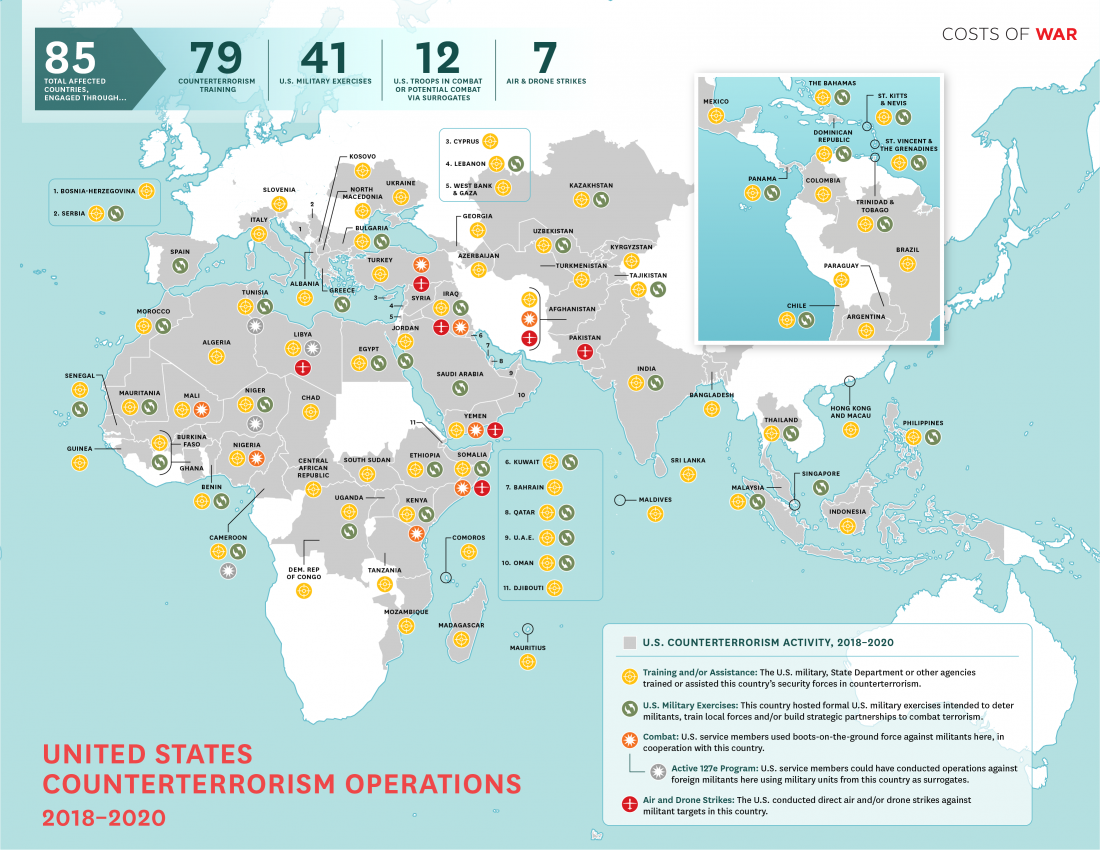 The United States-led post-9/11 wars have expanded across the globe, now in over 85 countries. The U.S. is deploying airstrikes against militant targets, engaging in combat with militants, leading military exercises, and exporting a militarized counterterrorism model to dozens of countries through "training and assistance." The narrative, tactics, funding, and institutional supports of the U.S. post-9/11 wars fuel repression and corruption, and escalate cycles of violence.

Few Americans are aware of the extent of U.S. counterterrorism operations in Africa, in particular. In Somalia, the U.S. is conducting a large number of drone strikes and even boots-on-the-ground combat operations against a group, al-Shabaab, that Washington labels “terrorists”. While the airstrikes are a response to U.S.  foreign policy priorities evidenced in the so-called “war on terror,” they also are an extension of the long history of U.S. military intervention in Somalia characterized by blunders, errors, atrocities, impunity, collusion, corruption and a very high toll on Somali civilians.

Studies of U.S. post-9/11 operations in Somalia and Burkina Faso reveal that the U.S. counterterrorism model has caused more, not less, instability and violence. U.S. funding, training, and weapons in the name of counterterrorism often intensifies violence, as people join militant groups in retaliation against their governments' "wars on terrorism."

The 2001 Authorization for Use of Military Force: A Comprehensive Look at Where and How it Has Been Used

The Costs of United States’ Post-9/11 “Security Assistance”: How Counterterrorism Intensified Conflict in Burkina Faso and Around the World

The Costs of War in Somalia