Legacy of the “Dark Side”: The Cost of Unlawful U.S. Detentions and Interrogations Post-9/11 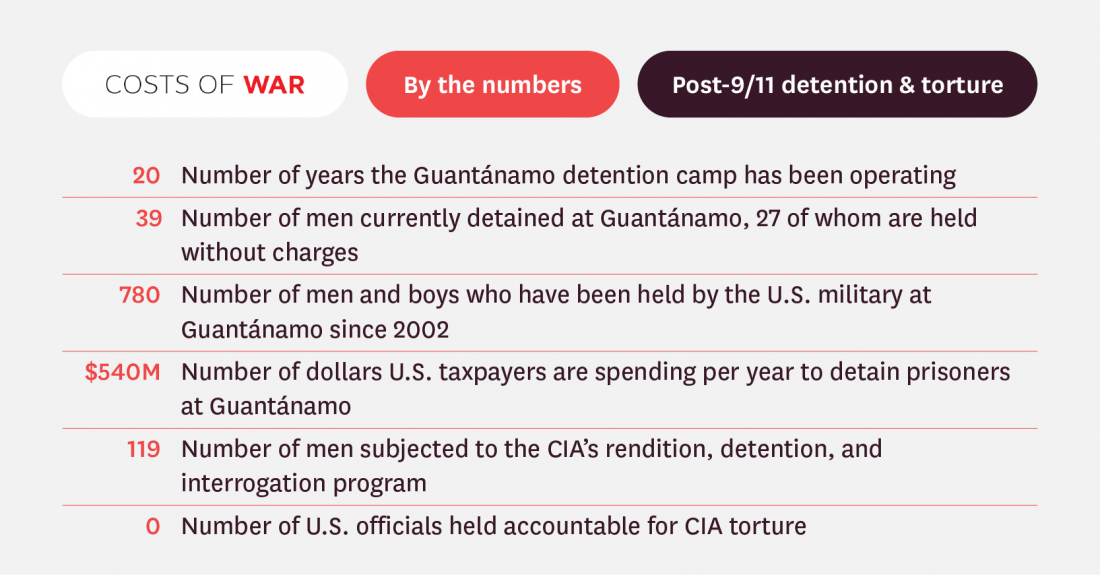 This paper assesses the massive costs of U.S. unlawful transfers, secret detentions, and torture after September 11 – to the rights of victims and suspects, to U.S. taxpayers, and to U.S. moral authority and counterterrorism efforts worldwide, ultimately jeopardizing universal human rights protections for everyone.

The costs of the U.S. post-9/11 wars include a legacy of extraordinary renditions, unlawful detentions, and torture.

The authors call on the Biden administration to close the Guantánamo prison and enact significant legal and policy reforms to end further abuses. Reforms should include far greater transparency about crimes that U.S. forces committed and accountability at the highest levels, as well as robust efforts to address religious, racial, and ethnic bias in counterterrorism efforts.