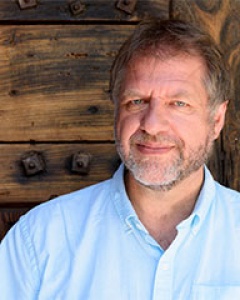 Hugh Gusterson teaches and conducts research on militarism, nuclear weapons, and ethics, among other topics. In the United States and Russia, he has studied the culture of nuclear weapons scientists and antinuclear activists. Gusterson is the author of Nuclear Rites (1996), People of the Bomb (2004), and Drone (2016); and co-editor of The Militarization Reader (2019), Life by Algorithms (2019), The Insecure American (2009), Why America's Top Pundits Are Wrong (2005), and Cultures of Insecurity (1999).