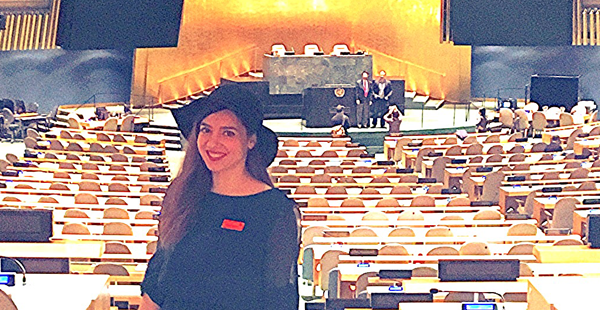 Markrid is part of Lebanon’s Field Operations/Emergency team, in her capacity she provides support to Lebanon’s emergency team on emergency response during an onset of an emergency, as well as preparedness plans through child focused lens. Furthermore, she leads the grants management and knowledge management, as well as humanitarian learning component with a focus on emergency learning. Prior joining UNICEF, she was part of UNHCR’s resettlement team, where she played a prominent role in identifying, screening, interviewing Syrian refugee cases for resettlement purposes.

She has a BA degree in Political Science from Haigazian University. Moreover, a master’s Degree in International Affairs, where her research focused on refugee hosting mechanisms and the existing gaps inside the international refugee law. Markrid is the recipient of Brown University’s – BIARI scholarship, which permitted her to attend a short summer course at BROWN university. In October 2015 she was selected to become UNAOC Fellow, where she was accepted as a fellow under the theme of Migration and Integration team.