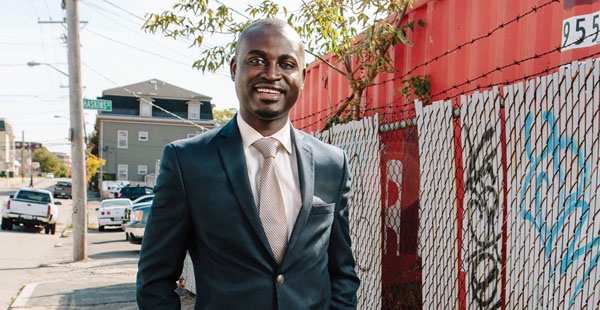 Winner of the 2016 John F. Kiffney Public Service Award from the Providence Newspaper Guild; and recipient of ‘One of Rhode Islanders of the Year 2015’ award from Rhode Island Monthly Magazine, Omar Bah is the Founder & Executive Director of the Refugee Dream Center, Inc. He is a torture survivor, former journalist and refugee from The Gambia in West Africa. Bah is also the author of the book, Africa’s Hell on Earth: The Ordeal of an African Journalist. Currently, he represents the state of Rhode Island at the Refugee Congress of the United Nations High Commissioner for Refugees (UNHCR) in Washington, DC. He holds a bachelor’s degree in Communication Studies with a minor in political science from the University of Rhode Island; master’s degree in Public Administration from Roger Williams University, Master's in Counseling Psychology in Global Mental Health, and currently a doctoral student in Leadership Psychology at William James College. Bah has completed trauma treatment certification at the Harvard Program in Refugee Trauma, and does trauma based therapy. He has offered dozens of motivational speeches and training seminars; and workshops on refugee, trauma, and international issues at various conferences, universities and public fora. Omar is immensely thankful to the United States for giving him a chance for a second life. He has now dedicated his life to supporting refugees who have passed through the same journey as him.