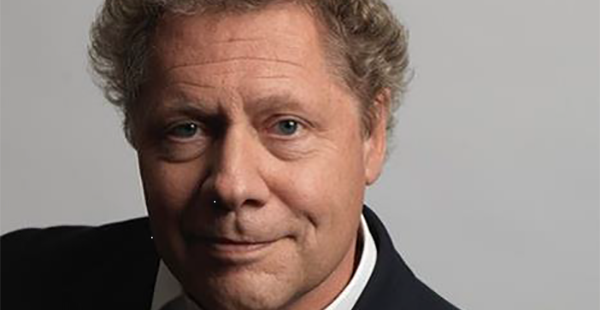 A pioneer in global public health for more than 35 years, Dr Seth Berkley has been a champion of equitable access to vaccines and of innovation, and a driving force to improve the way the world prevents and responds to infectious disease. A medical doctor and infectious disease epidemiologist, Dr Berkley joined Gavi, the Vaccine Alliance as its CEO in August 2011. Under his leadership, Gavi has accelerated global immunisation access in its mission to save lives, reduce poverty and protect the world against the threat of epidemics and pandemics.

During his tenure, Gavi has increased coverage of routine immunisation in lower-income countries: even before the COVID-19 pandemic, Gavi was helping protect nearly half the world’s children, vaccinating more than 820 million people in its first 20 years, reducing vaccine-preventable child deaths by 70% and preventing more than 14 million deaths.
He has also played a pivotal role in changing the way the world prevents and responds to global health crises, by helping accelerate the development of and access to powerful new vaccines against diseases such as Ebola; and he has led the way in ensuring emergency vaccine stockpiles for diseases of epidemic potential, including Ebola, yellow fever and cholera. Dr Berkley has taken the case for vaccine equity and placed it at the centre of the global health agenda, warning of the growing threat of pandemics in the face of global trends like climate change, urbanisation, population growth, conflict, human migration and antimicrobial resistance.

At the beginning of the COVID-19 pandemic, Dr Berkley spearheaded the creation of COVAX, the only multilateral global solution aimed at ending the acute phase of the pandemic by providing equitable access to COVID-19 vaccines for people in all countries, regardless of their ability to pay. As a leader of COVAX, Dr Berkley has helped drive the international COVID-19 pandemic response by working with partners and the leaders of 193 economies to put in place the mechanisms and funding to secure and deliver billions of COVID-19 vaccine doses to people in 92 lower-income countries to ensure that no one is left behind.

Under Dr Berkley’s leadership, in 2019 Gavi received the Lasker~Bloomberg Public Service Award for providing sustained access to childhood vaccines in the world’s poorest countries, and in 2020 the Princess of Asturias Award for International Cooperation. Since 2020, Dr Berkley has led Gavi’s efforts to raise US$ 21 billion for its core programmes and COVID-19 vaccine procurement. In 2021, Fortune listed Dr Berkley as one of the World’s 50 Greatest Leaders.

Prior to Gavi, in 1996, Dr Berkley founded the International AIDS Vaccine Initiative (IAVI), the first vaccine product development public-private sector partnership, where he served as President and CEO for 15 years. Under his leadership, IAVI created a virtual vaccine product development effort involving scientists from low-income countries, industry and academia – developing and testing HIV vaccines around the world. He also oversaw a global advocacy programme that ensured HIV vaccines received prominent attention in the media and in forums such as the G8, the European Union and the United Nations. Previously, Dr Berkley served as an officer of the Health Sciences Division at The Rockefeller Foundation. He has worked for the Center for Infectious Diseases of the US Centers for Disease Control and Prevention (CDC); the Massachusetts Department of Public Health; and the Carter Center, where he was assigned as an epidemiologist at the Ministry of Health in Uganda, playing a key role in Uganda’s first national HIV sero-survey and helping develop its national AIDS Control Program.

He has been featured on the cover of Newsweek magazine; recognised by TIME magazine as one of “The TIME 100 –
The World’s Most Influential People”; and named by WIRED magazine as among “The WIRED 25 – a salute to dreamers, inventors, mavericks, leaders.” His TED talks have been viewed by more than 2.4 million people, and he has published hundreds of articles and opinion pieces. He has consulted or worked in more than 50 countries in Africa, Asia and Latin America. Dr Berkley sits on a number of international steering committees and corporate and not-for-profit boards; has held academic appointments at Brown, Columbia and New York Universities; and is currently an Adjunct Professor at the University of Geneva’s Institute of Global Health in the Faculty of Medicine.