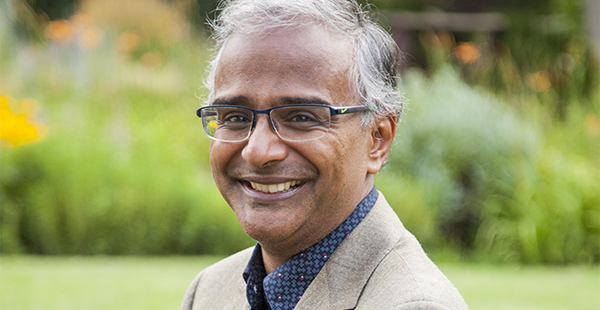 Suresh Venkatasubramanian is a Professor of Computer Science and Data Science at Brown University. Suresh's background is in algorithms and computational geometry, as well as data mining and machine learning. His current research interests lie in algorithmic fairness, and more generally the impact of automated decision-making systems in society. Prior to Brown University, Suresh was at the University of Utah, where as an assistant professor he was the John and Marva Warnock Assistant Professor and received a CAREER award from the NSF for his work in the geometry of probability. He has received a test-of-time award at ICDE 2017 for his work in privacy. His research on algorithmic fairness has received press coverage across North America and Europe, including NPR’s Science Friday, NBC, and CNN, as well as in other media outlets. He is a past member of the Computing Community Consortium Council of the CRA, spent 4 years (2017-2021) as a member of the board of the ACLU in Utah, and is a past member of New York City’s Failure to Appear Tool (FTA) Research Advisory Council, the Research Advisory Council for the First Judicial District of Pennsylvania and the Utah State Auditor's Commission on protecting privacy and preventing discrimination.

He is currently on deputation in the Biden-Harris Administration, serving as Assistant Director for Science and Justice in the White House Office of Science and Technology Policy.