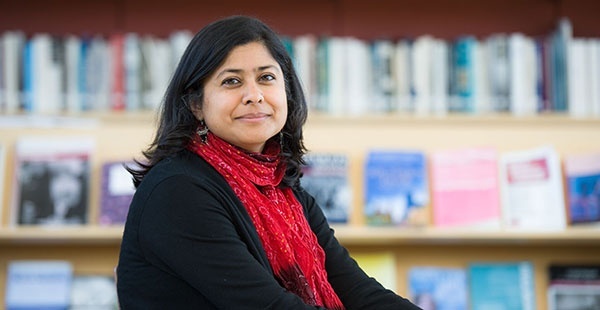 Vazira Fazila-Yacoobali Zamindar is a historian of modern South Asia, with an interest in twentieth century histories of decolonization, nation-state formation, displacement, war, resistance and the visual archive. Her book, The Long Partition and the Making of Modern South Asia: Refugees, Boundaries, Histories, was published by Columbia University Press in 2007, the Indian and Pakistani editions of the book came out in 2008, and the Urdu translation in 2014. Stories from the book have also been performed by the Delhi-based, Dastangoi.

While minorities, partitions, and refugees remain enduring concerns, she is presently working on a book on the history of archaeology, visual practices and war on the northwest frontier of British India, on the borderlands with Afghanistan, and has received the International Institute of Asian Studies Fellowship, the Fulbright, and the National Endowment for Humanities Fellowship, amongst others, for this project. Tied more intimately to the present, she has been following the ordinary stories of a single death to ask how, if at all, can one give an account of a displaced life.