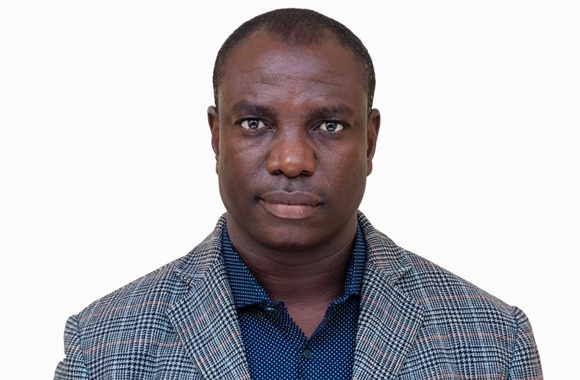 "One of the most troubling experiences of victims of insurgency in the northeast region has been the near absence of medical attention due to the fact that humanitarian aid workers are not able to access hard-to-reach areas."

Chris M. A. Kwaja, Ph.D., is a Senior Lecturer and Researcher at the Centre for Peace and Security Studies, Modibbo Adama University of Technology, Yola, Adamawa State, Nigeria. His research focuses on the politics of identity in Africa, the privatization of security, democratization, conflict and peace studies, as well as security sector reform in transition societies.

HI² -- Tell us about your role as the Zonal Coordinator for the Small Arms and Light Weapons (SALWS) survey run by the Presidential Committee on SALWS and the National Institute of Policy and Strategic Studies in northeast Nigeria. What was the purpose of the survey, and what kind of work did you do?

One of the most evident manifestations of protracted conflict is the flow of Small Arms and Light Weapons (SALWS). With over 300 million SALWs currently in circulation in Nigeria, the country currently confronts a litany of security challenges, which has a major effect on insurgency in the northeast; these effects include violent confrontations between farmers and pastoralists, deadly attacks against communities in the north central and parts of the northeast, oil bunkering and militancy in the south-south, and criminality and organized banditry in the north-west regions respectively. SALWs continue to play a central role in perpetuating and sustaining this spate of insecurity, coupled with fragility on the part of the Nigerian state, which prevents it from effectively addressing them.

In line with the Economic Community of West African States’ (ECOWAS) resolution for member states to establish national commission, the Presidential Committee on SALWs (PRESCOM), undertook a national survey in partnership with the National Institute for Policy and Strategic Studies (NIPSS) in 2015. The goal of the survey was to assess the impact of SALWs in the country, with a specific focus on both the citizens and state institutions. My role in the survey was to coordinate state-level researchers in the conduct of Key Informant Interviews (KIIs) and Focused Group Discussions (FGDs), as well as report writing for the northeast region, an area that is experiencing a decade-long act of insurgency by a terrorist group - Jama’atul Ahlis-Sunna Liddaawati Wal Jihad (JAS), popularly known as Boko Haram.

HI² -- Tell us about your current work on military pandemics in northeast Nigeria. How is this related to your interests in conflict and peace studies and security sector reform in transition societies?

Beyond its primary role as the guarantor of public safety and security in the northeast region, the military has used its response to pandemics in the northeast region as a strategy for winning the hearts and minds of the people. One of the most troubling experiences of victims of insurgency in the northeast region has been the near absence of medical attention due to the fact that humanitarian aid workers are not able to access hard-to-reach areas. The worsening of the humanitarian situation in the region is more prominent in the area with access to basic health. Collaboration between the military and civilian population and humanitarian aid workers in particular, became imperative. For the military in particular, the establishment of mobile health clinics within the hard-to-reach-communities became an important aspect of its role in the region.

In the light of the foregoing, my current research in the northeast focuses on civilian-military coordination during humanitarian emergencies, with specific reference to community perception of the role of the military in pandemic response. In the context of Nigeria and other countries undergoing transition, it becomes important the extent to which the securitization of pandemics is shaping the role of the military within the broad framework of humanitarian response. Conditioned by this reality, security sector reform should capture these nuances. As a work in progress, the result of the research will be presented to audience in both Nigeria and the Humanitarian Innovation Initiative at Brown University, United States by the end of 2019.

HI² --Tell us about your current work on state responses to humanitarian crises, specifically in the context of the farmer-pastoralists conflicts in Nigeria. What is the nature of this conflict?

The current conflicts between farmers and pastoralists is basically over access to and control over natural resources – arable land and water for both farming, grazing, and human use. Unfortunately, there has been a major transformation in the conflicts with identity becoming the major currency at play. Typically, while the majority of the farmers, Christians and the pastoralists are Fulanis and Muslims, the notion that the conflicts are perpetrated along ethnic and religious fault-lines becomes evident. Overall, the protracted nature of these conflicts is basically and purely a failure of governance in terms of the ability of the state and its institutions to effectively address core issues around the economy, livelihood and public safety.

In the last three years, I have been involved in academic and policy level research / advocacy on the farmers/pastoralists conflicts, particularly within the north –central and north-east region of the country. I was part of the research commissioned by the Centre for Peace and Security Studies, Modibbo Adama University of Technology, Yola, Adamawa State, which examined the conflict over natural resource in Adamawa State. I also worked with the Search Common Ground (SFCG) towards the establishment of the Forum on Farmer and Herder Relations in Nigeria (FFARN). FFARN is a network of academics and practitioners from governmental and non-governmental institutions who work on peace and conflict/security issues in Nigeria and who have experience responding to farmer-herder conflict at sub-national, national, and/or regional levels. FFARN provides a monthly platform for interdisciplinary exchange and joint identification of areas for additional research and practice to generate strong evidence for multilevel policy influence on farmer-herder conflict in Nigeria.

In November 2018, I was also commissioned by the Office of the Vice President to design the peacebuilding component of the proposed National Livestock Transformation Plan (NLTP), which seeks to provide a more sustainable strategy for transforming the agricultural and livestock sector in the country. In all of these engagements, my role has been in the area of coordinating academic and policy level researches, facilitating dialogue, as well as amplifying the voices of the communities concerned through advocacy and mediation. In terms of personal experience, engaging conflicting parties on the farmer and pastoralist issue has been a challenging one, given the sensitivities and emotions that defines narratives around this conflict in a country where the politicization of identities is both prominent and deep.