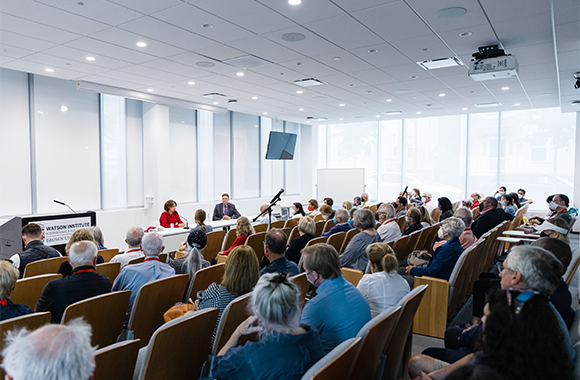 As part of commencement weekend, CHRHS had the privilege of hosting Rosemary DiCarlo '69 AM'71 PhD'79, the United Nations Under-Secretary-General for Political and Peacebuilding Affairs, who joined CHRHS Director Adam Levine in a forum discussion on the role of the United Nations in anticipating and preventing conflict, managing political crises, and negotiating and sustaining peace in increasingly complex emergency settings such as Syria, Yemen, and Ukraine. The wide-ranging conversation touched on the importance of involving women in local peacebuilding efforts, and emerging issues such as the links between climate change and conflict and the use of digital tools for conflict prevention and mediation. Watch the Recording >