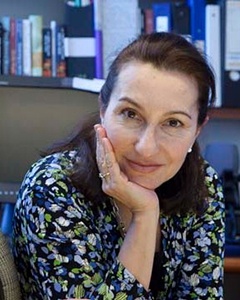 Professor Linda J. Bilmes is a leading expert on budgeting and public finance. She represents the United States on the United Nations Committee of Experts on Public Administration. She served as Assistant Secretary and Chief Financial Officer of the U.S. Department of Commerce from 1998 to 2001 and on the U.S. Department of Interior National Park Service Advisory Board and the US Department of Labor Veterans Employment and Opportunity Board from 2011 to 2017. Dr Bilmes has authored numerous books, book chapters and papers including the New York Times bestseller The Three Trillion Dollar War (with Joseph E. Stiglitz), The People Factor (with W. Scott Gould), and Valuing the US National Parks and Programs: America’s Best Investment (with John Loomis). Her research focuses on how budgetary resources are allocated, particularly with respect to the value of public lands, state and local governments, costs of war, veterans and the military. She has served on numerous commissions examining the National Park Service, including the bipartisan “Second Century Commission”. She has received many awards and honors, including the 2008 “Speaking Truth to Power” Award by the American Friends Service Committee. Her researched has been published in The New York Times, Financial Times, Los Angeles Times, Washington Post, the Atlantic, Harvard Business Review, Boston Globe, Barron’s and Foreign Policy and numerous academic journals. Dr. Bilmes is the Daniel Patrick Moynihan Senior Lecturer in Public Policy at the Harvard Kennedy School, where she teaches courses on budgeting and financial management and on restorative justice. She is Faculty Chair of the Greater Boston Advanced Applied Field Lab and the Bloomberg Cities Field Lab, an experiential learning program in which students work directly on complex challenges in cities across the country. She also teaches at the Blavatnik School of Government at Oxford University. She is co-chair of Economists for Peace and Security and serves on the Board of Directors of the Institute for Veterans and Military Families at Syracuse University. She is a member of the Council on Foreign Relations and a Fellow of the National Academy of Public Administration. She holds an AB and MBA from Harvard University and a D.Phil. from the University of Oxford.