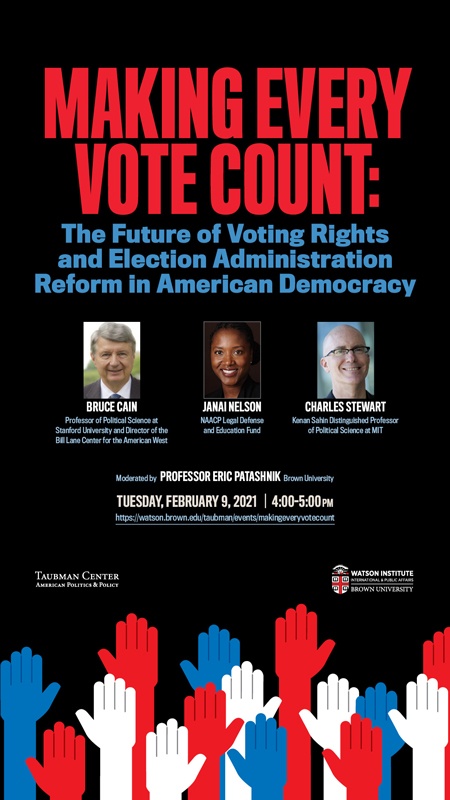 The 2020 election and its aftershocks revealed troubling truths about the state of American democracy. While election officials and courts performed their duties with integrity, the Capitol Hill insurrection was a breach of American’s tradition of peaceful transfers of governing power. Millions of Americans were receptive to baseless claims of “stolen” elections. Some states are responding to unsubstantiated allegations of “voter fraud” by imposing new barriers to ballot access. These barriers will place disproportionate burdens on racial minorities, younger voters, and other groups.

How can we ensure that every eligible citizen has an equal opportunity to cast a valid, equally weighted vote? What reforms are needed to restore trust in American elections in an era of polarization? This panel brings together leading experts on election administration and civil rights to consider these urgent questions.

This event will feature:

It will be moderated by Professor Eric Patashnik.