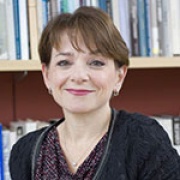 In the wake of the Iowa Caucus, Professor and Chair of Political Science Wendy J. Schiller commented on the Democratic Party's struggle with technology, "it is stunning how far from technological grace the Democrats have fallen." 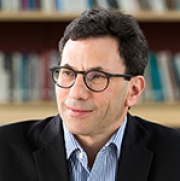 Julis-Rabinowitz Professor of Public Policy and Director of Brown's Master of Public Affairs Program Eric Patashnik was quoted on a New York Times opinion piece about the challenges that would await a Democratic president "in a post-Trump political environment."

Senior Fellow in International and Public Affairs and Visiting Professor of the Practice of Political Science Richard Arenberg spoke to WPRI's Dan Yorke about the State of the Union address and President Trump's impeachment.

"If Bernie Wins, Where Will He Take the Democratic Party?" (Comments by Wendy J. Schiller and Andrew Engelhardt)

Chair and Professor of Political Science Wendy J. Schiller and Postdoctoral Research Associate Andrew Engelhardt provided commentary on a New York Times opinion piece discussing the future of the Democratic Party if Bernie Sanders wins the nomination. Both Schiller and Engelhardt noted that, while Sanders generates enthusiasm, it is unclear whether he can win more moderate districts or gain support from black voters.

"In Providence, Iowans participate in caucus via satellite from Brown University" (Comments by Wendy J. Schiller)

Chair and Professor of Politcal Science Wendy J. Schiller recently commented on the impetus for a caucus, saying "people connect with each other in person to deliberate about their choice." Schiller also questioned whether speaking through technological means is the same as having an in-person conversation, and "if not, why not just hold a primary instead where Iowans who are out of town can vote absentee?" 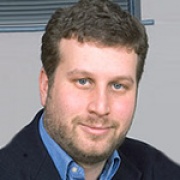 Professor of Political Science Corey Brettschneider commented on the parallel between the defense argument offered by lawyer Alan Dershowitz in President Trump's impeachment trial and President Nixon's famous line "when the president does it, that means it is not illegal," calling it an imperfect comparison. "I don't think Trump has an understanding... of the law as a constraint on his behaviour in the way that Nixon did."

Chair and Professor of Political Science Wendy J. Schiller provided commentary on Trump's impeachment trial in an interview with ABC's Linda Mottram. They discussed witnesses, the role of partisan loyalty in the votes, vulnerable senators, the president's relationship to the law, and more. Looking at Trump's prospects for the 2020 presidential election, Schiller highlighted the role of "independent voters, those suburban Republican voters, who put him in in 2016."

Professor of Political Science Corey Brettschneider talked to NPR's David Greene about the Senate impeachment trial and the White House's argument that the case made by Democrats is unconstitutional.

In our opinion: It’s impeachment trial week. Here’s what to keep in mind (Comments by Richard Arenberg)

Senior Fellow in International and Public Affairs and Visiting Professor of the Practice of Political Science Richard Arenberg spoke about Senators' oaths to "support and defend the Constitution." Professor Arenberg highlights this oath's significance in outlining each Senator's commitment to impartial justice.

Senior Fellow in International and Public Affairs and Visiting Professor of the Practice of Political Science Richard Arenberg confirmed to Politifact that a Facebook post accusing House Speaker Nancy Pelosi of purchasing pens costing $2,025 each is "ridiculous." The Speaker did indeed give pens to fellow House members as keepsakes after signing the articles of impeachment, however, their value was much lower.

Impeachment trial: Why did Pelosi use so many pens? (Comments by Richard Arenberg)

"Ceremony and precedence play a role in strengthening the way in which legislative bodies function," states Professor Richard Arenberg in a recent article discussing the impeachment trial.

Professor Richard Arenberg comments that "Senate Democrats will require a series of votes during the Senate trial on the demand for documents from the Trump administration and on specific witnesses."

The Trumpification of the federal courts (Opinion piece by Richard Arenberg)

Professor Richard Arenberg discusses the lasting effects of the Donald Trump presidency and the differences compared to former actions in the Senate under previous presidents.