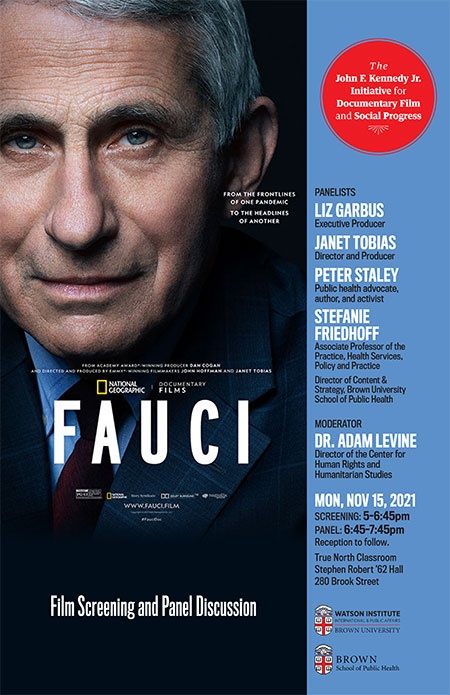 Watch the recording of the panel discussion here.

The John F. Kennedy Jr. Initiative for Documentary Film and Social Progress presents a screening of Fauci, followed by a panel discussion with executive producer Liz Garbus '92; director Janet Tobias; public health advocate, author, and activist Peter Staley, who is featured in the film; and Stefanie Friedhoff, associate professor, Brown School of Public Health. The discussion will be moderated by Adam Levine, director of the Center for Human Rights and Humanitarian Studies.

Cosponsored by the School of Public Health.

About the JFK Jr. Initiative for Documentary Film and Social Progress: