Luncheon Lecture - Defending the Filibuster: The Soul of the Senate 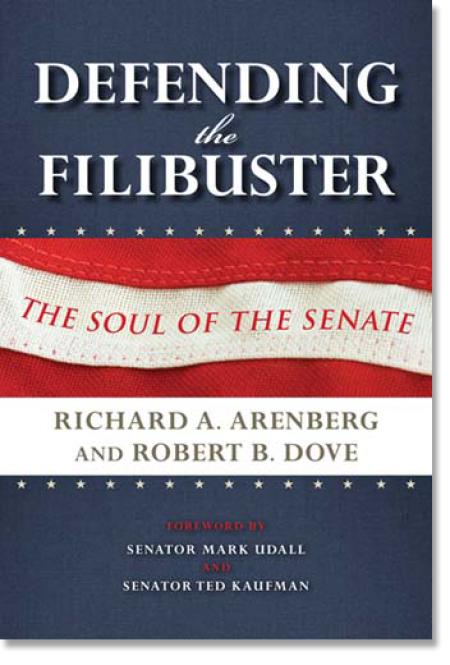 Authors Richard Arenberg and Robert Dove discuss their new book, Defending the Filibuster: The Soul of the Senate, an informed and spirited defense of the Senate’s tradition of extended debate.

Robert Dove, Parliamentarian Emeritus of the United States Senate, spent thirty-six years on Capitol Hill, thirteen of them as the U.S. Senate "referee." He advised Senators on legislative process and procedures. Dove played a pivotal role in key Senate debates including the impeachment trial of President Clinton and the electoral college decisions in the 2001 presidential election. He is the author of the Senate’s definitive publication, “Enactment of a Law: Procedural Steps in the Legislative Process.”