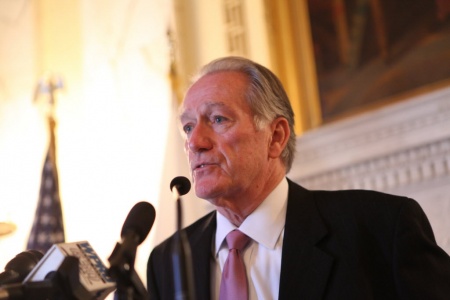 In the wake of the bankruptcy of 38 Studios — a video game company that received $75 million in state loan guarantees to locate its start-up in Rhode Island — Governor Lincoln Chafee asked RIPEC to study the state's approach to economic development.  Simmons led the investigation into the structure and operations of The Rhode Island Economic Development Corporation, which supported the loans. He will present RIPEC's recommendations, many of which were enacted earlier this year.

Simmons previously served as the chief of administration for the City of Providence; the chief finance officer of the City of Boston; the executive vice president and chief operating officer for the Associated Industries of Massachusetts; and the deputy general treasurer for the State of Rhode Island.

A light lunch will be provided. This lecture is free and open to the public.