Timothy Edgar, Watson Institute - "Big Transparency for the NSA: How Good Government Can Help the Intelligence Community Regain Trust and Get Ahead of the Leakers" 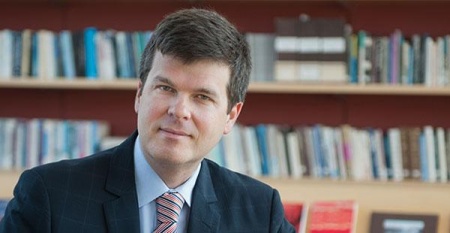 The American intelligence establishment is faced with a serious crisis of public trust and legitimacy in the wake of an avalanche of leaks about spy programs. President Obama has called for a national conversation about surveillance. Timothy Edgar will discuss how greater transparency, independent oversight, and other basic good government tools could help restore legitimacy and enhance national security.

Timothy Edgar is a visiting fellow at Brown's Watson Institute and adjunct professor of law at the Georgetown University Law Center. His work focuses on the unique policy challenges posed by growing global cyber conflict, particularly in reconciling security interests with fundamental values, including privacy and Internet freedom.

Edgar served under President Obama as the first director of privacy and civil liberties for the White House National Security Staff, focusing on cybersecurity, open government, and data privacy initiatives. From 2006 to 2009, he was the first deputy for civil liberties for the director of national intelligence, reviewing new surveillance authorities, the terrorist watchlist, and other sensitive programs. He has also been counsel for the information sharing environment, which facilitates the secure sharing of terrorism-related information.

A light lunch will be provided. This lecture is free and open to the public.