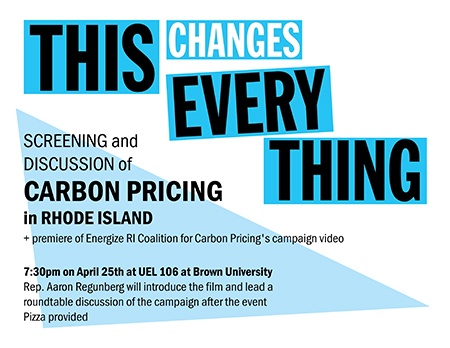 RI Rep. Aaron Regunberg, sponsor of the Rhode Island bill, will introduce the film. After the screening, there will be a roundtable discussion of EnergizeRI's student-led campaign to improve both the economy and the environment through carbon pricing.