Jim Kessler - It's Worse Than It Looks: Lessons for Democrats from Election 2016 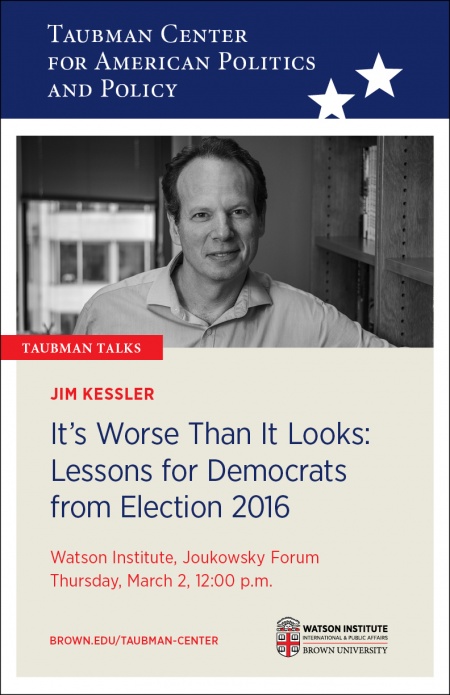 Jim Kessler, policy strategist at a leading centrist think tank in Washington, DC, dissects the 2016 Presidential Election and comes to a chilling conclusion (if you’re a Democrat). . . it’s worse than it looks. He will offer ideas for a Democratic road back to power.

Jim Kessler is a co-founder and the senior vice president of policy at Third Way, a leading centrist think tank in Washington, DC. Earlier in his career he served as legislative and policy director to Representative/Senator Schumer, where he helped pass the Brady Handgun Violence Prevention Act and Federal Assault Weapons Ban. He frequently writes for the Washington Post and appears on Fox News to defend Democrats. Sponsored by the Taubman Center for American Politics and Policy