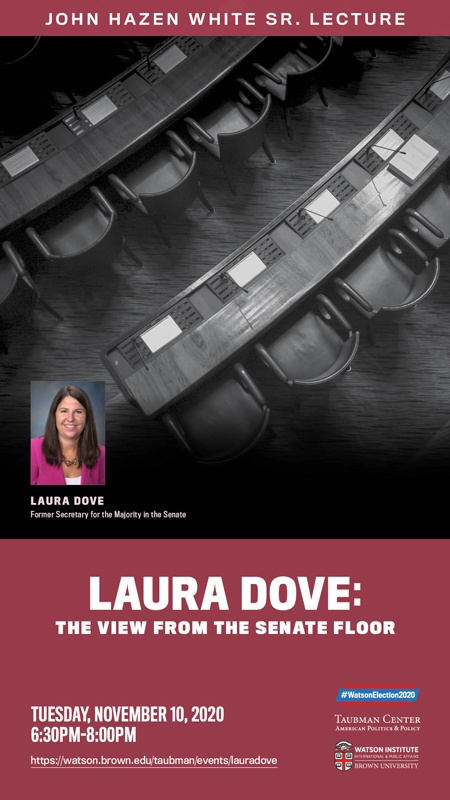 Pivotal moments in recent history have all unfolded on the Senate floor — from the confirmation battles over the Gorsuch and Kavanaugh nominations to the transformation of the tax code and the epic clash over repealing the Affordable Care Act. Some call it the world’s greatest deliberative body, while others dismiss the recent Senate as a legislative graveyard — the place where progressive policy ideas go to die. Regardless of the outcome of the November elections, the Senate will play a key role in shaping the courts, the nation’s response to the COVID crisis (and its economic aftermath) and addressing unrest over racial equity over the next four years. Laura Dove will discuss several important questions: What is the role of the Senate filibuster for the President’s agenda?  What are the critical ramifications of which party controls the Senate?  How has the institution changed as a result of polarization and political acrimony?