Election 2020: What Happened, What We Didn’t See Coming and Why 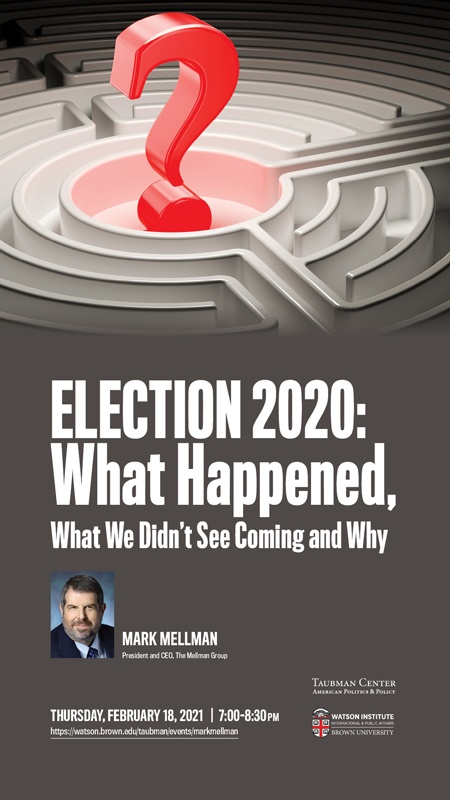 Doonesbury has called Mark Mellman the “Prince of Polling.”

Mellman, the President of the American Association of Political Consultants and CEO of The Mellman Group, a highly respected polling and consulting firm. Long one of the respected Democratic strategists and pollsters, his clients include former Majority Leader Harry Reid, Senators Barbara Boxer, Carl Levin, Maria Cantwell, Heidi Heitkamp, Mary Landrieu and Dan Akaka as well as a number of governors and mayors. He has advised numerous campaigns for the House of Representatives and a number of political campaigns internationally.

Nate Silver, the Editor-in- chief of the influential FiveThirtyEight polling website cited The Mellman Group as the most accurate campaign polling firm in the United States.

Mark Mellman will join Taubman Interim Director, Professor Richard Arenberg to discuss his views on the success or failure of political polling particularly in the 2016 and 2020 presidential election campaigns and the general health of political polls, public and private in the years ahead.