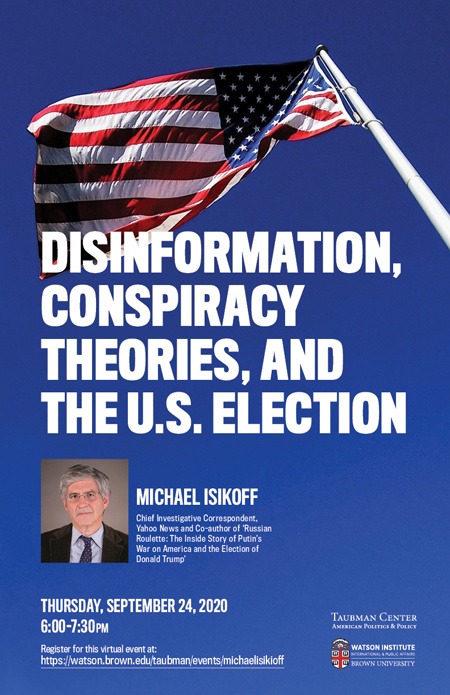 Michael Isikoff, Chief Investigative Correspondent for Yahoo News and co-author of the New York Times best seller, 'Russian Roulette: The Inside Story of Putin's War on America and the Election of Donald Trump', will talk about the ongoing threats to the U.S. election from foreign and domestic actors who have become increasingly adept at manipulating the news that Americans consume.

Michael Isikoff is Chief Investigative Correspondent for Yahoo News, where he is also editor at large for reporting and investigations. He digs into national security, and money in politics. Previously, he was an investigative correspondent for NBC as well as a staff writer for Newsweek and the Washington Post. He is the author of 'Uncovering Clinton: A Reporter's Story' (1999) and co-author of 'Hubris: The Inside Story of Spin, Scandal, and the Selling of the Iraq War' (2006) and 'Russian Roulette: The Inside Story of Putin's War on America and the Election of Donald Trump' (2018).