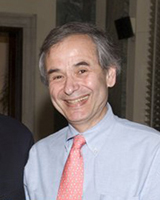 Richard Arenberg came to Washington in 1975 to serve as legislative director for Representative Paul Tsongas. In 1978 he helped Tsongas win an upset election to the Senate, defeating the popular Massachusetts senator Edward Brooke. When Senator Tsongas chose not to run for reelection in 1984, Arenberg joined the staff of Maine senator George Mitchell. In 1987, he became Mitchell's staff member on the Select Senate Iran-Contra Committee. In his spare time, Arenberg helped Senator Mitchell and Senator William Cohen to write their account of the investigation, Men of Zeal. Arenberg went on to become Mitchell's chief of staff and special assistant for national security affairs. When Mitchell left the Senate, Arenberg became legislative director and deputy chief of staff to Senator Carl Levin. In this oral history interview, Richard Arenberg shares his memories of the senators for whom he worked and the landmark legislation they struggled to enact.