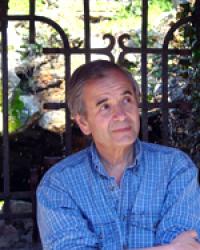 Richard Arenberg, Adjunct Professor in Public Policy, lent his expertise on Senate rules to a "Washington Journal" segment featuring Bob Edgar of Common Cause. Edgar appeared on the program to talk about Common Cause's lawsuit challenging the constitutionality of the use of filibuster in the Senate. Arenberg defended the virtues of the filibuster as an equalizing force.

"The filibuster has been one of the defining features of the United States Senate throughout its history. It's one of the twin pillars for the protection of [both the] the right to debate and the related ability to amend [legislation] ...these twin protections are basically a guarantee for the minority in the Senate....When it's worked well, it's made the Senate a force for compromise, for moderation and for stability in our government throughout its history.

Arenberg is the co-author with Robert Dove of the forthcoming book Defending the Filibuster: the Soul of the Senate.

The link (Arenberg speaks starting at 19:40)