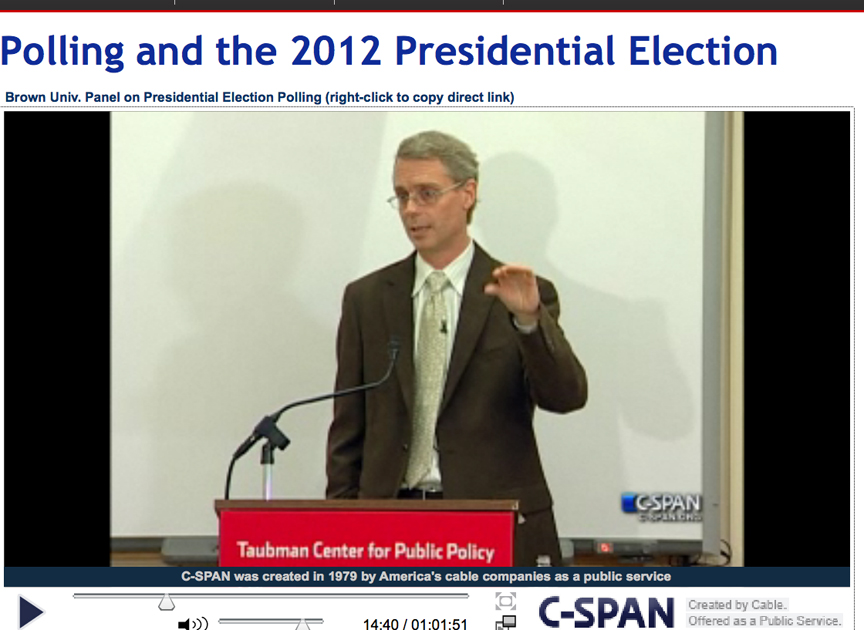 The Taubman Center received national exposure on C-SPAN, which broadcast the Center's December 10, 2012 luncheon lecture. Michael Dimock, Associate Director of Research, Pew Research Center presented "Polling and the 2012 Presidential Election," a look back at the issues, events and values that shaped the 2012 presidential election.

Of particular note, said Dimock, was the negative perception that the electorate had of both Mitt Romney and the Republican Party. Romney scored a 37 percent favorable rating versus 52 percent unfavorable in an August 2012 Pew poll. No candidate in history has ever had such dismal numbers so late in the game, said Dimock.

Ultimately, Romney failed to make a clear case for his leadership and also failed to rebrand the Republican Party in a positive light, said Dimock.  While the poor economy was a central theme in the election, Pew exit polls indicated that 53 percent of voters felt George W. Bush was to blame, while 38 percent blamed Barack Obama.