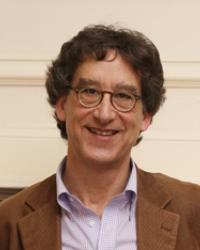 Longtime Taubman professor Ross Cheit will discuss his new book and the contributions of his many undergraduate research assistants as part of the Taubman Center's spring lecture series. His February 27 talk, "The Amazing True Story of How 81 Brown Undergraduates Helped Give ‘Extreme Research’ Its Name," will provide an inside look at the challenges of trial court research and the fifteen-plus years of work behind The Witch-Hunt Narrative: Politics, Psychology, and the Sexual Abuse of Children (Oxford University Press, February 2014). We sat down with Professor Cheit to learn more about his book.

What is your book about? The witch-hunt narrative claims that there was a series of child sexual abuse cases in the 1980s and 1990s that were hoaxes and that children are highly suggestible when questioned about possible sexual abuse. The idea that children are highly suggestible is still with us, and the people who believe that use these cases as the evidence.

In the foreword to your book you mention a book titled Satan’s Silence was the catalyst for your research. Tell us about that. Debbie Nathan and Michael Snedeker solidified the witch-hunt narrative in their 1995 book, Satan’s Silence: Ritual Abuse and the Making of a Modern American Witch Hunt, which included some of these cases. I was initially skeptical of the book’s argument for personal reasons. It seemed implausible to me that we had overreacted to child abuse because everything in my own personal history said we hadn’t. When I read the book closely, my skepticism increased. Satan’s Silence has been widely reviewed as meticulously researched. As someone with legal training, I looked for how many citations referred to the trial transcripts. The answer was almost none. Readers were also persuaded by long list of [presumably innocent] convicted sex offenders to whom they dedicated the book. If I’m dedicating a book to fifty-four people, all of whom I think have been falsely convicted, I’m going to mention every one of these cases somewhere in the book. Most weren’t mentioned at all beyond that dedication. The witch-hunt narrative is so sparsely documented that it’s shocking.

You have said that it took several years for you to realize that you were going to write a book. How did the process start? I picked the case that was geographically closest to Rhode Island, the Robert Halsey case. I sent my first  research assistant on the project, Jessica Dubin [PPAI ’98], to the Berkshires to read the transcript. She essentially says, “I cannot imagine why anyone would think this guy is anything but guilty.” This transcript is filled with cross-corroborating claims, medical evidence, and there was a previous incident. The disclosures in that case came out very quickly and in detail. I ended up writing an article, “The Legend of Robert Halsey.” (Journal of Child Sex Abuse, 2001). I had enjoyed the process of studying the Halsey case and I thought, “Well, let’s look at another one.” Pretty quickly I had six, or eight or ten balls in the air, and soon is was fifteen or twenty cases. Two or three years into it, I thought, “this is going to be a book.”

In the book you reference your own experience with sexual abuse at a camp for the San Francisco Boys’ Chorus. How do you avoid bias? The way I’ve designed my research, it forces me to confront the best arguments that support the witch-hunt narrative. The McMartin Preschool case is the foundational case in Satan’s Silence. I knew that case was going to be the most flawed. After spending weeks reviewing the original transcript of the case, I concluded that there were plenty of reasons for jurors to conclude that the original defendant, Ray Buckey, was guilty. The rest of the case was deeply flawed, and I lay that out in my book. The book is documented to the max. I don’t make any claims that aren’t documented.

You credit 81 Brown undergraduates with helping you research this book. What did they bring to the process? They helped me sort and analyze an enormous amount of research material. They did paralegal-like work. Every piece of evidence that I acquired, my research assistants studied first. I’d ask them to give me a cast of characters, a timeline, and a narrative about the case. Sometimes I would have two students do that same exercise and compare their findings. Some of these cases are huge — McMartin was the longest and most expensive American trial at the time, with more than 100,000 transcript pages.

Who is the audience for this book? Oxford is marketing it as a law book. Law professors and people in the criminal justice system are natural audiences. I imagine academic psychologists, child abuse professionals, and practicing psychologists who do forensic work would be interested.  The witch-hunt narrative has been covered in magazines including the New Yorker and the Nation. I hope that open-minded people who read those types of magazines will be interested in my book.

What are the policy implications of the book? What’s most worrisome to me is that the witch-hunt narrative unfairly impugns children. The ongoing challenge in this field is, if you ask children a series of open-ended questions about the alleged abuse and don’t get anywhere, then what do you do? I think there are people who are too worried about being criticized for asking leading questions or interviewing a child a second time. What that leads to are abused kids who don’t disclose. I’ve seen almost no concern or acknowledgement of that issue in the psychology literature, but a lot of people are worried about false convictions. There is also a claim that there are economic motives to find abuse and that federal programs create the incentive to find abuse. I think this is completely wrong-headed. I worry that there are political forces that want to weaken the Child Abuse Prevention and Training Act, get rid of mandatory reporting, and undermine the credibility of front-line professionals, from pediatricians to forensic interviewers, who serve and protect children.

What did you learn? These are really difficult, complicated cases to research. Anybody who’s only spent a few days researching them can't possibly be certain they know what happened.  I’ve tried to write in a way that tempers the language to fit how much confidence I have in the evidence, and that varies by case.

After fifteen years of focusing on this subject, are you thinking about other areas of research? It’s hard for me to think about cases that I fully researched and didn’t write about, but I have other interests I’d like to pursue. Child sex abuse is so difficult to talk about. I had a colleague who, during the many years I spent on this research, would only refer to my work as “that.” I’d like to do some writing on ethics regulation and food-related research. When you mention food policy, people’s eyes light up.